A visit from Worcester University

Every year we welcome the next generation of environmental scientists to the farm to have closer look at our soils. As part of their syllabus, the Bsc Environmental Sciece students from nearby Worcester University look at local soils, including Bishampton Series that creeps in on our West border and Evesham Lias Clay which features heavily on our farm (excuse the pun!).

Accompanied by Phil Mullington, Soil Science lecturer, the group conducted several visual assessments of the soils, as well as checking pH levels. Despite the heavy nature of the clay element, the students were pleased to see that the minimal cultivations of our strip tillage system had left the soil in a friable condition.

It was noted that the roots of both the Oilseed Rape and Wheat plants that were inspected had a good level of mass to them with plentiful fine structures, easily removed intact from the seedbed. A small sample pit revealed that vigorous worm activity was apparent throughout the profile. The previous crop residue was being taken down through the many channels created by the worms, aiding aeration and water infiltration, as well as improving soil structure.

I explained to the students that plough based systems that invert the soil and its residue don’t afford the worms the benefit of this above ground buffet which we know they prefer. As well as burying the nutrient-rich substance, heavy cultivations would only make our heavy soils work against us, something that this farm is certainly glad to see the back of. Years of trying to man-handle the clay soil into submission on a plough and press based system only resulted in an unproductive and costly ‘seedbed’. Switching to strip tillage and removing unnecessary cultivations not only reduced our expenditure but allowed the soil to repair itself and flourish – better supporting sustainable crop production.

One of my favourite comments from the morning was that of a student with a keen ear. She commented on the high level of bird song she could hear – something that has always struck me about this farm – but until it is pointed out to you, you don’t realise quite how rare it is nowadays.

I felt I gained as much from the visit as I hoped the students did from the hands-on experience. Phil Mullington is a wealth of knowledge on soil science and his passion for the subject is evident and it was great to exchange knowledge and compare notes. 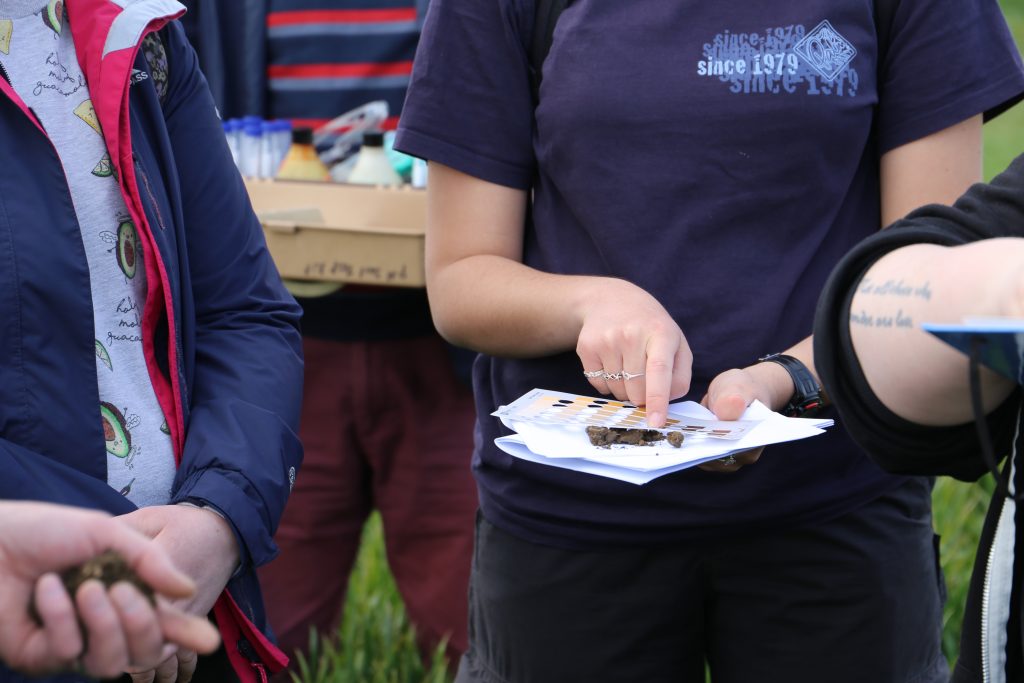 Analysing the soils in our main trial field 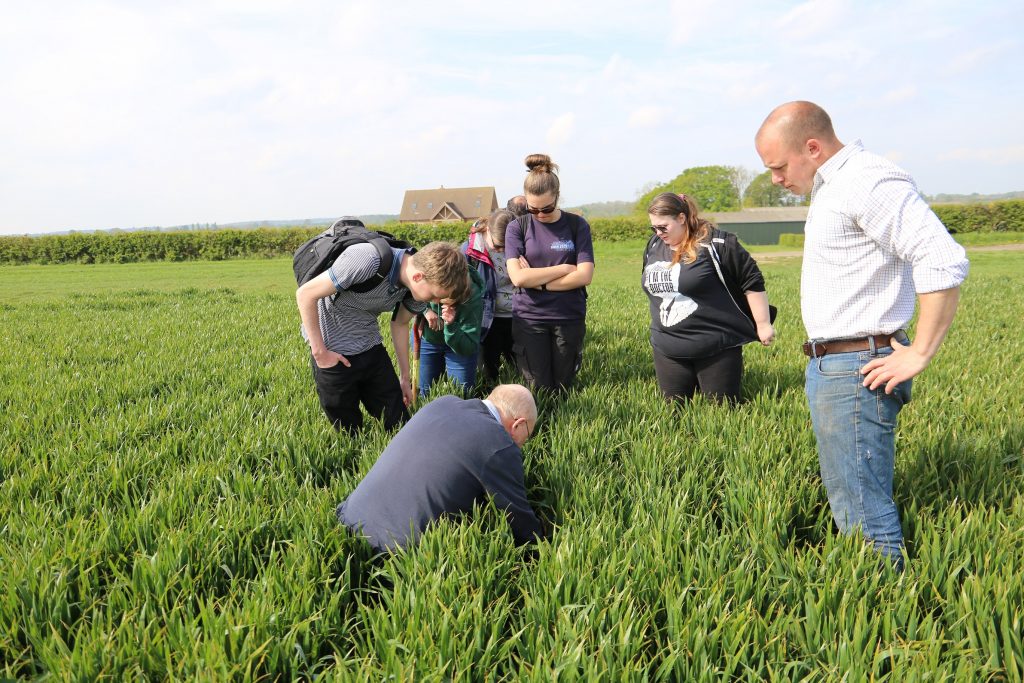 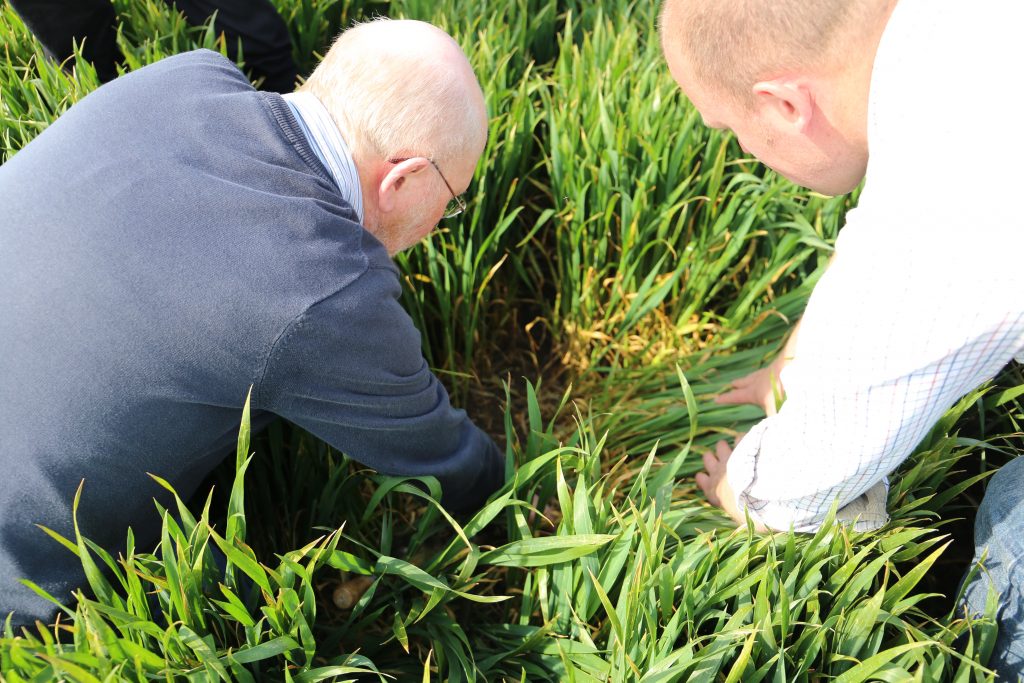 Fiberous roots were a