Hopefully by now we’re all defrosted from the short but sharp snap of cold weather although if I’m honest, I would be lying if I said I didn’t enjoy it. The JCB and bucket got put to good use and I spent most of Friday clearing the lane into the village. Some people build snowmen but I clear roads which is a day well spent in my opinion.

Whilst feeling particularly chivalrous, I started noticing an interesting trend as the snow began drifting along the newly cleared lane. Sections of the road that were neighbouring the fields with over wintered cover crops had considerably less snow drift than those with minimal soil cover. This would seem to suggest that cover crops and standing straw reduces wind erosion throughout the winter protecting our precious top soil.

In lighter soil situations, wind erosion can be a serious threat as farmers can lose a significant proportion of their most valuable asset on the breeze, and sadly, often the organic matter content is the first to blow away being the lightest portion of the soil. Images emerging online of brown snow up and down the country go to show that soil erosion is a continuous problem. Without the striking visual effects of wind and snow erosion, it often goes unnoticed, occurring with every gust, unbeknown to the grower.

Fields ploughed ready for spring drilling are likely to be the greatest source of wind erosion and the main culprit of the ‘brown snow’ pictures we’ve been seeing. I am a firm believer that we need to thatch our soils, protecting them from heavy rainfall and strong winds throughout the winter months. Cover crops and standing stubble are excellent for this and can act like Velcro; disrupting wind movement across the soil surface and restricting the level of drift, which is particularly useful on road sides. In Eastern Europe, where snow is more of a regular occurrence, cover strips are often planted near roads to contain the drifting soil and snow within the field. They may not have as many hedges to trap the drift on the road but the principle is still useful in terms of retaining the snow and, more crucially the soil; safe in the field.

My day of clearing snow certainly gave me food for thought, and over a well-earned pint, it confirmed that cover crops and standing straw are an integral part of protecting our soils. 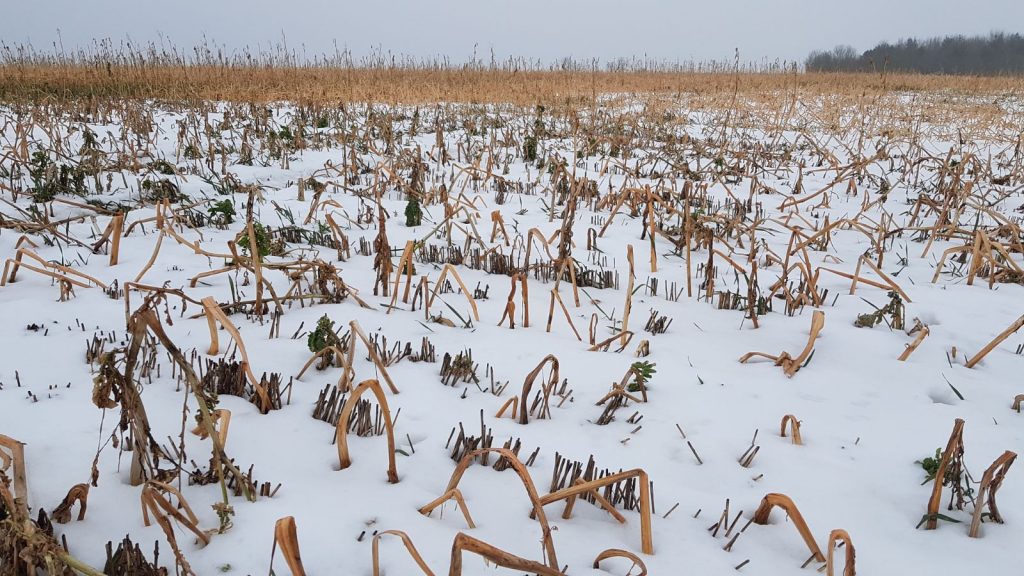 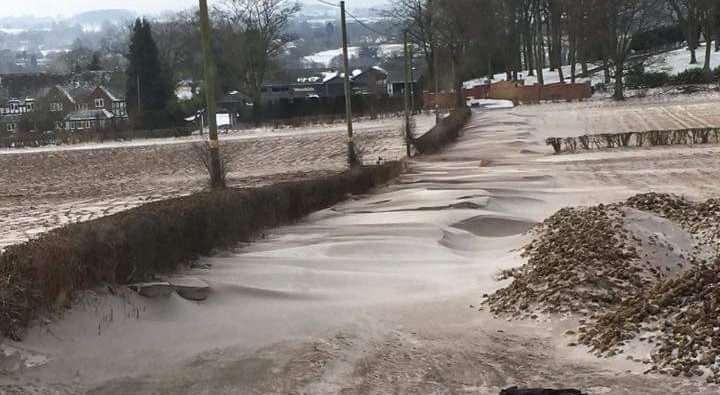 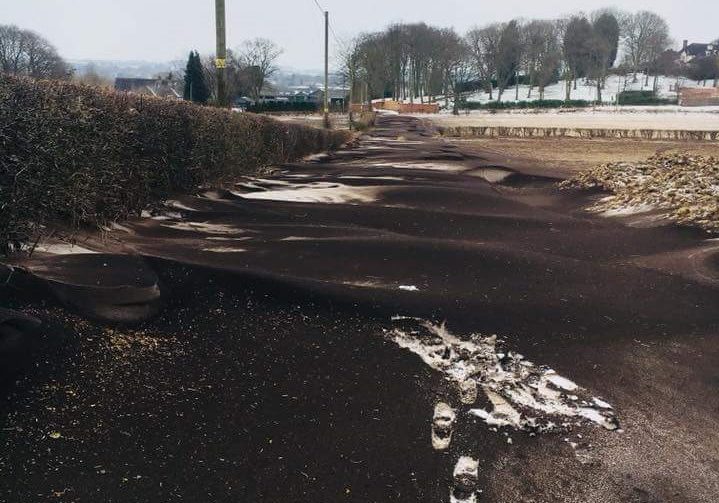 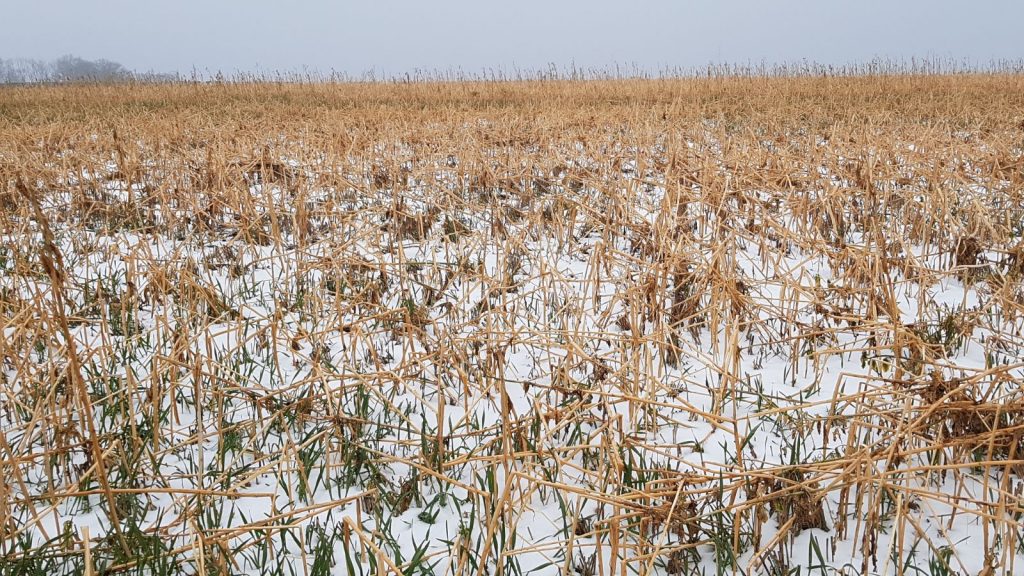 Radish cover crops act like velcro barriers slowing down air movement, causing the snow to settle as opposed to drifting. The principle is the same for soil erosion too