The broken August weather made for a staggered spring barley harvest and as a result, a staggered OSR drilling campaign. With three different drilling dates, spread across 18 days there could certainly be some interesting comparisons to be made as the season progresses.

For a third season, DK Expedient is our main variety across the farm, having been a consistent performer demonstrating its key trait of exceptional autumn and spring vigour. This year we have also included another hybrid, Ambassador, although from a different stable the emphasis on vigour is similar with added benefit of TuYV resistance.

The Spanish produced Expedient arrived on farm in double quick time, with Ambassador following a couple of days later. There was however a significant difference between the two varieties, which was their pack weight. DK Expedient weighed in at 6.75kg for 1.5 million seeds, in comparison to Ambassador at 13kg per pack, but with no information on pack size or TGW.

After a quick call to the seed merchant to double check we didn’t have a bonus pack (we’re in the time of enticements to grow OSR), it was however a 1.5 million seed pack. Whilst it is unusual to have such a range, it will prompt me in the future to check TGW. In challenging seasons I feel the extra energy in each seed could make a real difference.

Normally we would also include a conventional variety for comparison, however our choice this year proved to be a popular one and combined with our merchant being conservative on stock levels, meant it’s arrival would be too late for the mid-August sowing date.

In typical fashion our Mzuri Pro-Til drill was up quickly behind the combine to make the most of the moisture and friability found beneath the previous crop. Drilling commenced on 14th August and began with our main trials looking at different row spacing. Utilising the Pro-Til’s ability to change between 33 and 66cm coulter centres, this time we used the new 3-inch double shoot coulter, which strikes a good balance between minimising disturbance whilst optimising in row plant spacing.

The trial used both Expedient and Ambassador each at the same seeds/m2, although with very different weights per hectare! At the 33cm spacing we used a seed rate of 50 seeds/m2, whilst the 66cm wide row seeds were sown at 30 seeds/m2. I must admit to a little apprehension when going down to 30 seeds/m2 which equated to 1.35kg/ha of Expedient with the unknown of CSFB to follow. However, previously keeping a blanket seed rate regardless of row spacing, could be detrimental to the wide row crop where some plants were often not as thick in the stem and could potentially suffer a greater effect from CSFB larvae damage. I need not have worried though, as by its very design the Pro-Til ensures that each seed goes in accurately and consistently into an ideal nursery seedbed, with the coulter press wheel completing the single pass establishment to deliver excellent seed soil contact.

59mm of rain fell over the preceding 12 days and drilling began once more on the 26th August. To help focus the mind, a large band of rain was looming for the following day which meant the Pro-Til was out once again to get the crop planted in a quick, efficient pass. The leading leg of the Mzuri Pro-Til primarily removes compaction, eases rooting and places fertiliser in one go. It also serves to act as a row cleaner, moving the damp chopped straw to one side, leaving the strip clean of residue, so that seed to soil contact isn’t hampered and the decomposition of residue is kept away from the emerging plant. It is why I can always count on the Pro-Til to do the job properly and get the crop off to the best start.

As well as whole fields of both Ambassador and Expedient, they were also brought together in plots alongside some new varieties from DeKalb. These were Excited and Extremus, both of which share similar core traits to Expedient, so it will be interesting to view these alongside the current farm standards under the Mzuri system.

Ensuring excellent consolidation at the time of sowing once again proved critical, as the damp conditions of the day and with rain forecast meant there would have been no opportunity to roll post drilling. This for me is a very important factor as the Pro-Til doesn’t rely on pre or post drilling operations to work successfully. If the weather is catchy such as with the OSR this autumn, in one operation fertiliser, slug pellets, seed and reconsolidation are achieved, meaning small windows of opportunity aren’t missed, which is especially important when every day counts to combat CSFB.

With the final field of spring barley cleared, we completed our OSR sowing on 1st September. The crops emergence coinciding with CSFB migration was a concern, however conditions for sowing were superb. With the seedbed beginning to warm back up and with a good forecast most factors were in its favour. As an additional trial, buckwheat was included at 2.5kg/ha for half the field to observe its merits as a pest distraction or to see if it simply helps push the OSR on.  Earmarked for Ambassador, it will be interesting to see how the variety preforms in a less favourable slot. 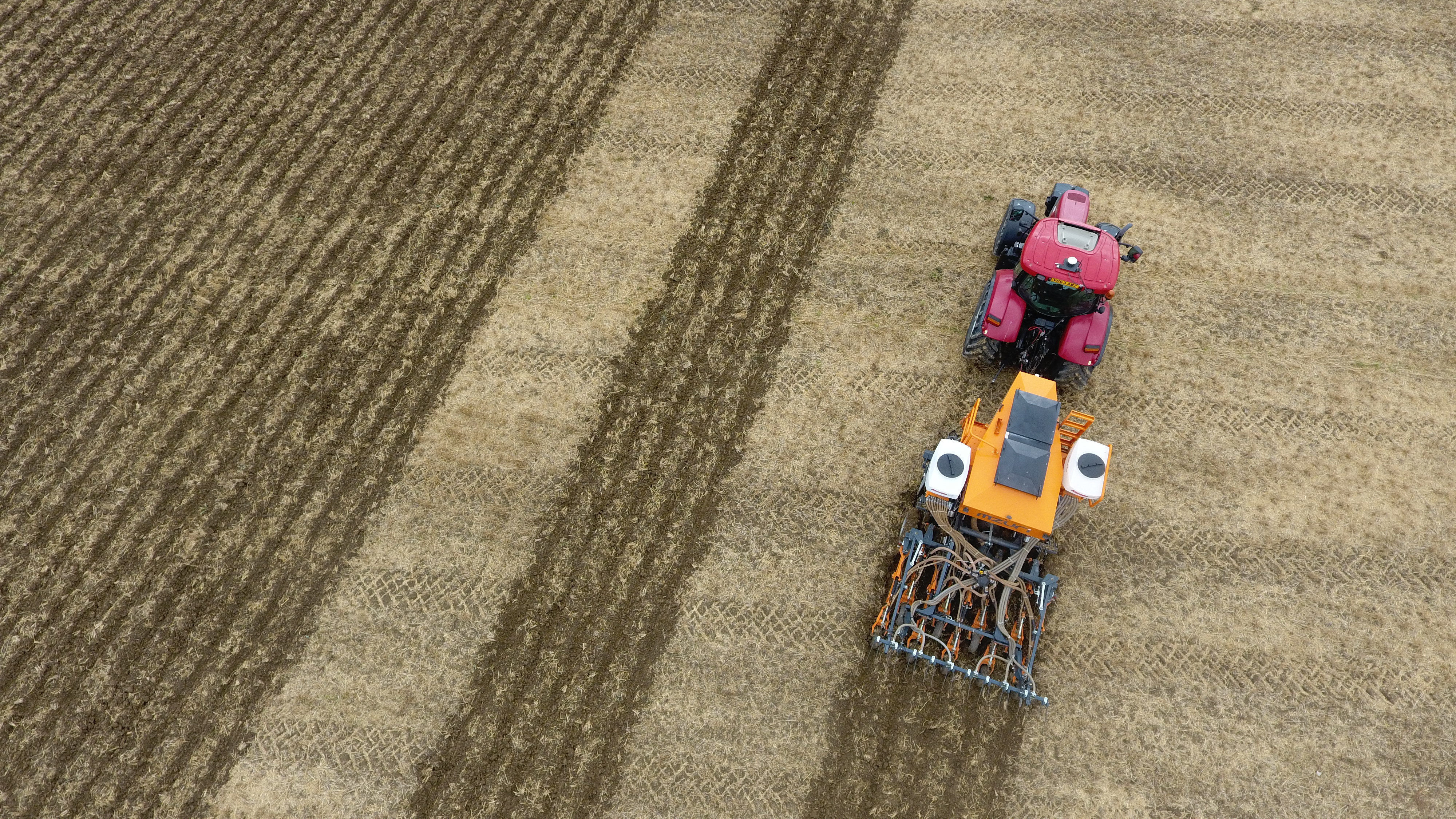 After 59mm rain, drilling resumed 12 days after the first OSR went in.

The final field of OSR went in on 1st September, making for 18 days between the first and last drilled