Kicking off October we started with the Soya harvest. When it came to the weighbridge the lack of rainfall from Spring drilling to the end of July was noticeable. With yields down, I reminded myself that this is still only our second year growing the crop and it remains relatively new to us. Throughout the growing season it’s been easy to keep and low maintenance, providing that is, you can get it over the initial period of Pigeon-Armageddon – they really do take a fond liking to Soya and if gone unnoticed it can prove catastrophic to establishment. 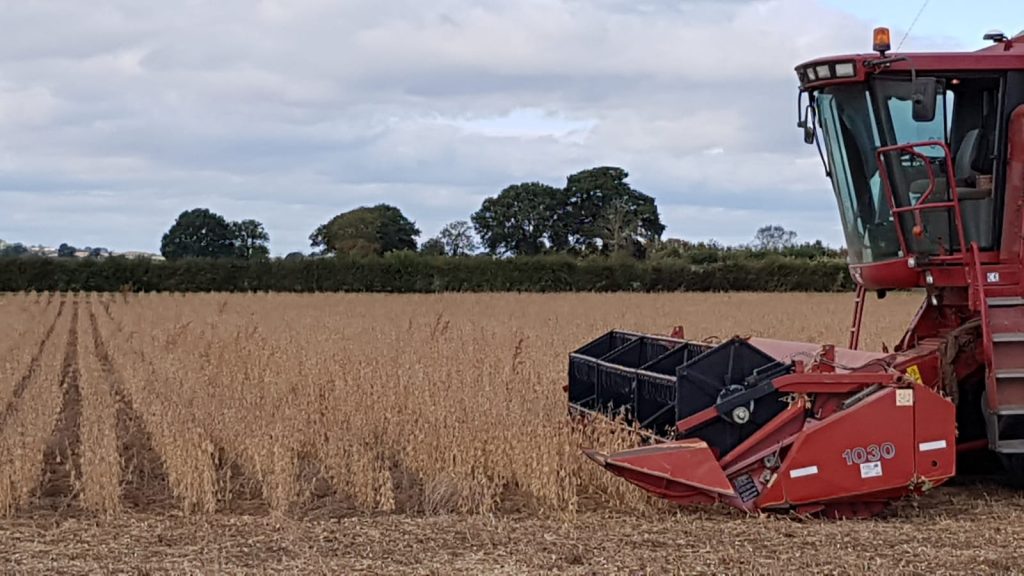 Both the conventional variety Campus and the hybrid DK Expedient have really moved on since last month and I’m pleased with all of the fields going into November. The majority of the farm OSR was drilled on 66cm row spacing and come mid-October the plant rows were touching and looking impressive. With this in mind I was out with the sprayer applying Metcostar as a PGR to ensure the crop didn’t get too ahead of itself this side of winter. As I looked around whilst spraying I smiled and thought to myself, why would anyone want to establish Rape any other way? 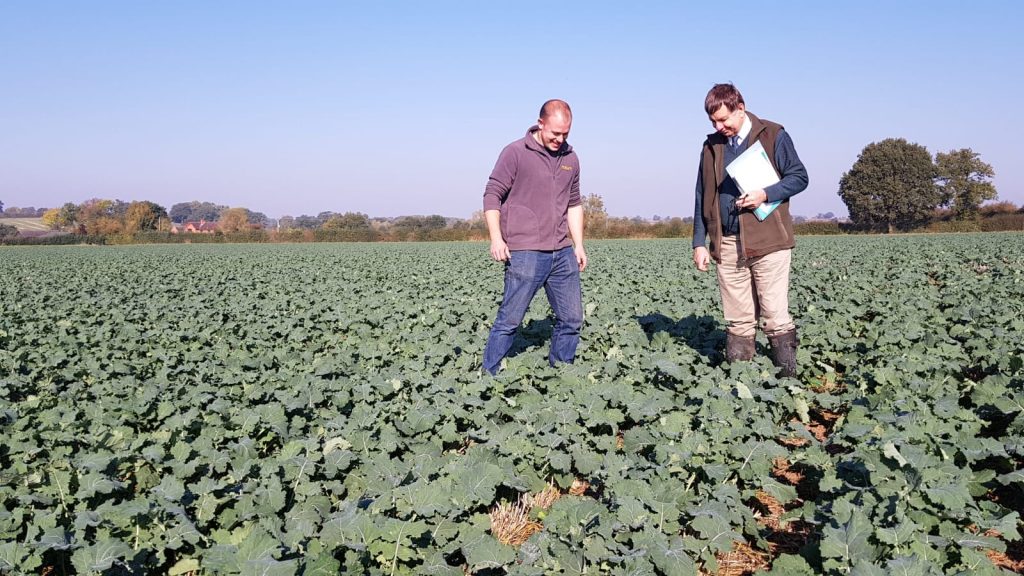 A look over the crops and the Agronomist is happy 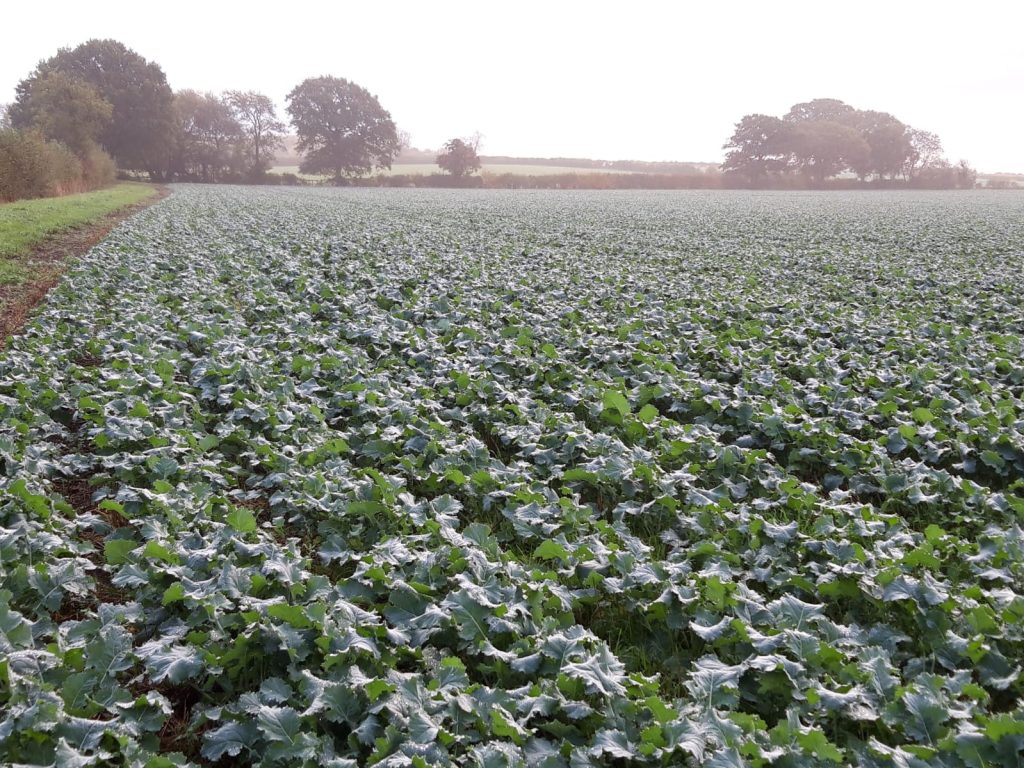 As a continuation of our seed rate trials we drilled Hybrid Wheat straight behind the combine. Seeded into part of the trial field that followed Soya, the topsoil had been left in a fantastic friable condition thanks to the previous crop.

Given what we had learnt from last year’s low seed rate trial at 18kg/ha (Approx 40seeds per m²) we decided to expand the trial to further our investigations with four rates ranging from 80 – 160s/m².   We found that the low 18kg/ha seed rate produced huge numbers of tillers on each plant increasing the number of viable grains per seed planted. We are hoping to explore what it takes to optimise individual plant spacings to improve its ability to tiller whilst also allowing good air movement and light interception to support a healthy plant whilst not compromising on yield. I decided to replicate this trial in a larger field through creating 1 ha plots in conjunction with the Hybrid variety Hyclick. This I hope will go some way to coupling the best of plant breeding with the planting accuracy and associated soil health of the Mzuri system.

Not ones to stop there, we are also working alongside the Agronomists at Hutchinson’s to put their precision farming software Omnia to the test. In the neighbouring 10ha field Omnia aims to tailor inputs dependent on data drawn from mapping soil types, pest pressure and other factors deemed to impact crop establishment. From this data a seed rate file is produced which is used by our Mzuri Pro-Til to apply variable rate seeding. This variable rate seeding has been applied to half of the field with the remaining half drilled at our standard blanket 320s/m² for this field.

Interestingly, the variable rate portion of the field ranges in s/m² by around 30% from the base rate across the 5ha but to the eye looks incredibly even in establishment. To measure actual establishment, we will conduct plant counts in each of the zones which will give us a better picture of how it has worked in practice. As the season progresses, Omnia will produce a tailored nutrition programme and coupled with the yield mapping capabilities of our combine we can look to draw a comparison to our standard farm practice. This is an exciting use of technology on the farm and one I will look forward to updating you on over the coming stories. 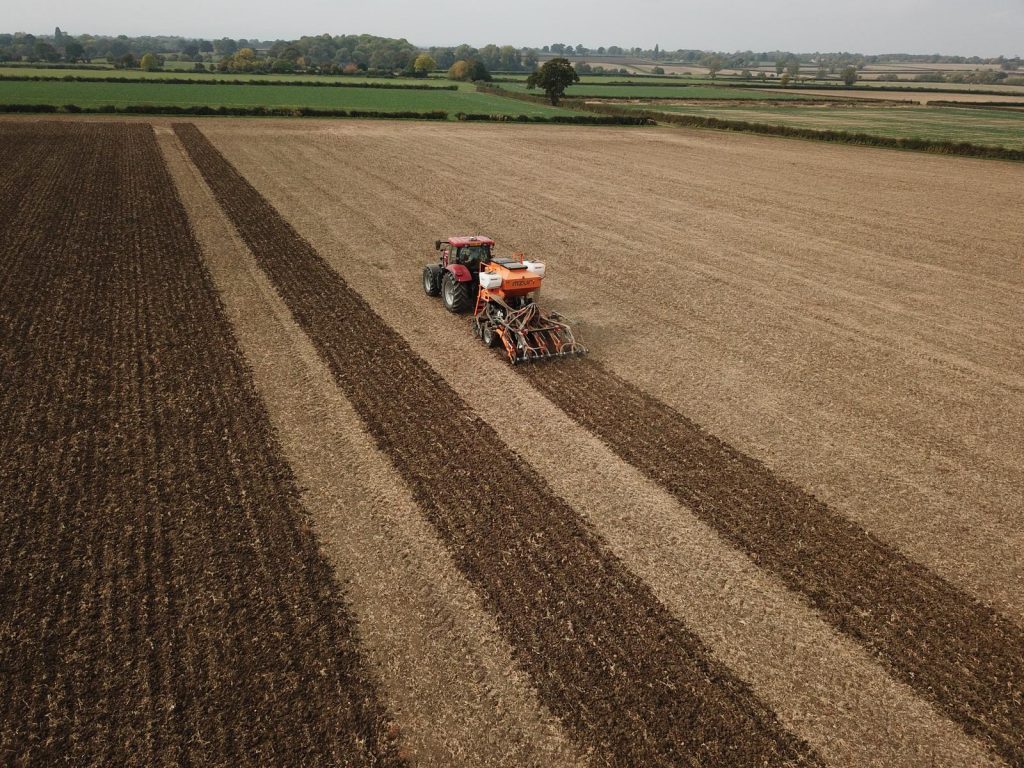