Once the much loved favourite of the British grower, the humble Oilseed Rape crop seems to be falling out of favour, and fast.

It seems that the problem is not necessarily localised but replicated up and down the country. On my travels I have seen countless examples of rape crops that have been less than inspiring, and either never came to anything in the first place or when it did, was ravaged by pests and struggled for moisture. It seems everyone I talk to is considering dropping it from their rotation as they battle with a crop that is consistently under-performing and over-costing!

Many farmers I have spoken to locally and further afield have had to re-drill into failed Rape crops that wouldn’t get going. One grower, who had meticulously prepared his field with heavy cultivations and a power harrow combination drill was dismayed when his crop didn’t even have the decency to show its head. Others have found that once crops did emerge, they were swiftly knocked back by flea beetle and pigeons.

As a result, it’s suggested that there is likely to be a significant reduction in Rape ground next year as growers are frustrated with the crop that’s no longer a favourable option and fast becoming a costly black hole.

Springfield Farm was once too in this position, but rather than just Oilseed Rape, it was every crop that was underperforming and costing too much to warrant the effort and disappointment that went with it. The turning point? A change in approach to establishment – switching to Mzuri strip tillage.

Previously a plough and press-based system, the labour input alone was enough to send shivers down the spine and, with hefty costs associated with heavy machinery, the farm struggled to make ends meet. The farm’s soils were consistently depleted of nutrients, moisture and an effective structure needed to support healthy and viable crops. The system wasn’t sustainable, and this was mirrored in the falling yields and increasing costs.

It wasn’t until the farm had a major rethink of how it established crops that this began to change. Converting to the Mzuri strip tillage system brought with it an overnight reduction in costs – ploughs, power harrows and all other unnecessary kit was sold and labour requirements slashed. Most exciting was the impact on yield; we’re now consistently yielding over 4.5t/ha if not closer to 5t/ha – a much healthier sight than struggling to bring in 3! As we’re no longer inverting the soil, the structure and organic matter content has been improving year on year, and, as a result, yields followed suit, with improvements seen from the first year onwards.

Crops benefitted from the retained moisture and nursery seedbed awarded by the leading leg of the Mzuri Pro-Til. Furthermore, the establishment was quick and even – something that is vital for a rape crop.

This ability to get the crop drilled into moisture and have it up and away in no time was the turning point for our oilseed rape. Having plants that are slow to emerge and lack vigour as a result of their environment are effectively sitting ducks for pests which is what we have been seeing a lot of around the country. Oilseed Rape can be a rewarding crop if given the right conditions and I can honestly say that it has been one of our best crops since we took the plunge to stop over cultivating and underperforming. And don’t our fields of gold agree! 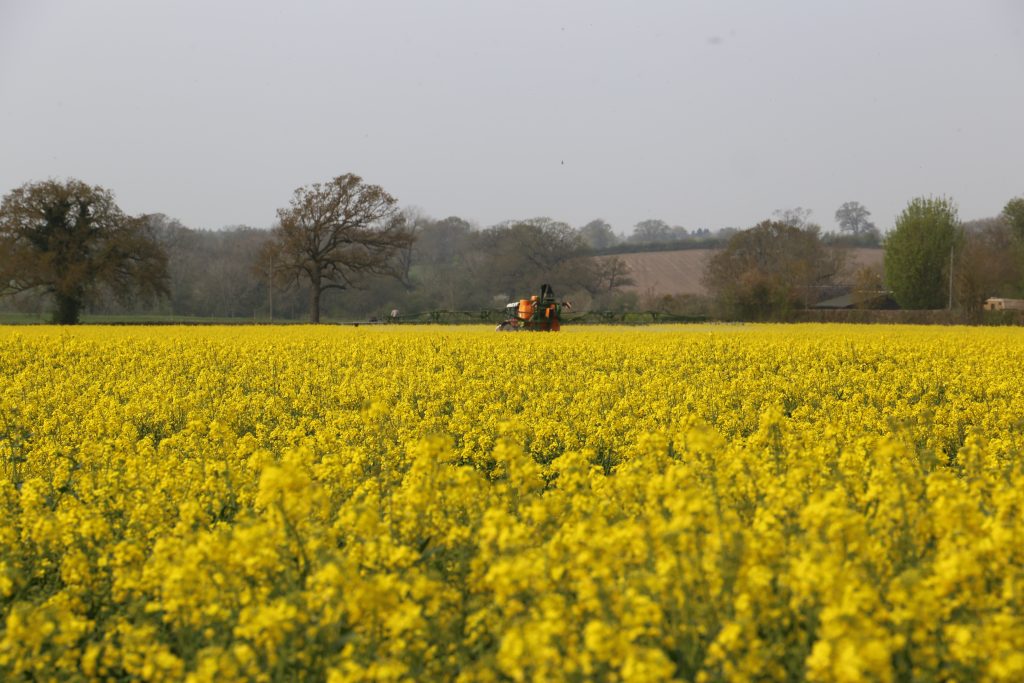 The even germination means our OSR flowers very evenly, only requiring one Sclerotinia spray