Always a favourite spray timing of mine on the wheats, the T3 fungicide was applied during the first week in June. It was with some relief that it was done in time as the amount rain that followed shortly after was unexpected to say the least! Over 4 inches of rain fell in the space of 3 weeks, which amounted to 40% of our year to date total, which coupled with often warm daytime temperatures would have provided the ideal environment for disease to take hold had we not managed to apply the fungicide in time.

With June seemingly the month of agronomy open days, providing a good chance to top up NRoSO and BASIS points, I attended a couple of events locally. Whilst the season appeared originally to be low on disease pressure, by June both the untreated and even some treated varieties in the region looked anything but. Our selection of feed varieties with robust disease profiles, coupled with a healthy growing environment both above and below ground delivered clean well tillered crops as we entered the key yield building month.

By the end of the month the impact of abundant rain and reasonable light levels could be seen on the size of the grain which looks to be very promising indeed, and suddenly harvest doesn’t feel far off at all.

A bit quiet on the OSR front this month, the crop is looking promising as the conditions have been good for pod development. The benefits of even establishment have been distinctly noticeable, with the whole field moving forward uniformly ready for the upcoming harvest.

'All together now!' - The OSR starting to turn

Spring wheat for us has been somewhat of a revelation in terms of management with a second pass of fungicide and micronutrition completed on the 18th of the month. The crop has remained clean throughout with only the odd rogeuable blackgrass plant which is a very welcome product of our system given the farm was infested with the weed prior to adopting strip tillage. Ear counts for this spring crop have been excellent and all in all makes for a very promising spring cropping option.

June saw pod set well underway in the spring beans and flowering continues with the later sown bean crop looking well as a whole. The month began with a fungicide pass of Alto Elite combined with a micronutrient top up. This will be the last pass through beans on the farm using chlorothalonil, another safe and effective active ingredient soon to be lost in a crop in which it retains strong efficacy.

The rain later in June and relative warmth saw the first signs of chocolate spot. The sprayer was soon dispatched, with an evening application of signum. The clearance of our tractor mounted sprayer was certainly tested, particularly in the February sown fields which are displaying a marked difference in height to those sown a month later.

Testing out the clearence on the sprayer!

The first harvest of the summer at Springfield Farms was our winter Oats into an OSR stubble cover crop. This had proved an excellent over winter grazing mixture for ewe lambs, who grazed the Oat and volunteer OSR back tight with the dual benefit of a PGR and removing diseased leaves. And certainly cheaper too, although on second thought perhaps not where sheep are concerned!

The temptation following excellent establishment at low seed rates was to take the crop through to harvest for grain. But with only pre-emergence control options for grass weeds and our policy of zero tolerance towards seed return, meant we opted for whole cropping at the beginning of June. And the right decision it turned out to be too with a bumper crop of quality silage as a result. 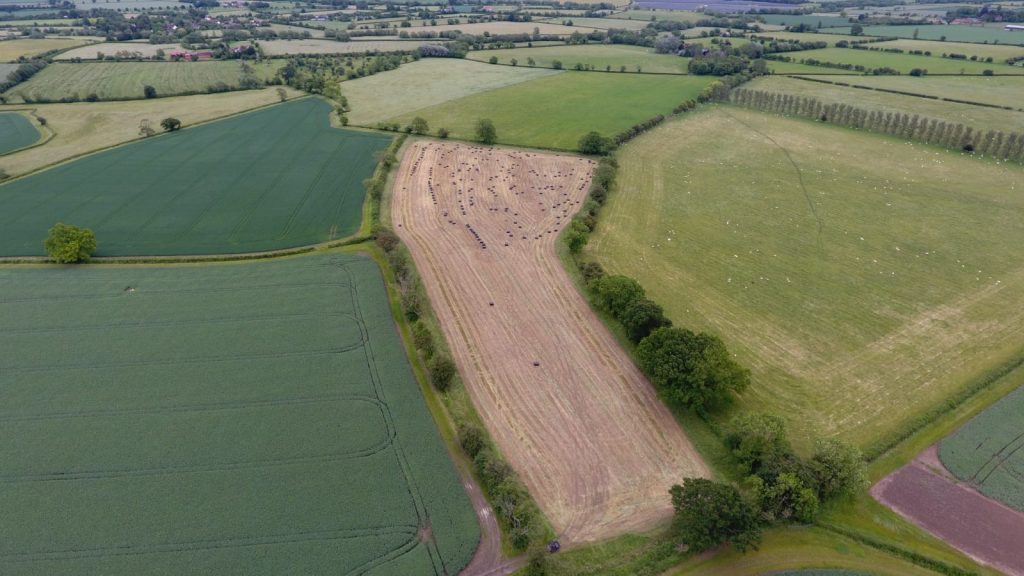