With exceptionally dry weather, came an exceptionally dry harvest that started on the 22nd of July and finished 5 days later. With tinder dry conditions at the forefront of our minds we had the sprayer with its hose lance shadowing the combine throughout harvest. But it was day one of the Wheat harvest with the fine Wheat dust that smoke was spotted from the back of the combine. Not since school sports days have I completed a dash so quickly! Luckily it was only smouldering and soon got extinguished, but it underlined the importance of having water to hand.

The prolonged dry, hot spell meant the grain dryer was made redundant this harvest with very low moisture levels recorded. One load we sampled going into store averaged just over 10% which, according to the AHDB, were the same load 15% moisture and then dried down to 10%, per tonne it would weigh 55kg less. An interesting fact I thought.

Every year, our neighbours and us are subject to a rain shadow, something I like to call the Peopleton umbrella, and this year was no exception. No rain arrived on farm from spring drilling through to harvest, having a big impact on our yields across the farm.

Locally yields were down by 30% with some farms the other side of the river reporting normal if not better than average yields thanks to rain in June, and some like us with no rain to speak of saw shortened ears and a reduced harvest.

This year our yields were down considerably but varied across soil types. What I found most interesting was the vast difference that soil type can have on soil moisture. Our lighter ground suffered from short ears and no straw, whilst our heavier ground had an abundance of straw but ears that couldn’t be supported fully and were shortening since ear emergence due to lack of rainfall.

We believe our yields are down by 20-30% depending on the soil type, but at an average of 9t/ha this year still pushes above the 5 year national average as reported by AHDB. We genuinely believe yields are still 1-2t/ha up on crops which were cultivated pre-drilling due to moisture loss, and the lack of an appropriate soil structure conducive to the healthy root and plant growth that unnecessary cultivation’s would cause.

Before strip tillage, on this farm the yields were around 7.2t/ha, with considerably higher costs of establishment. For less capital investment, fuel, labour and spares we have consistently achieved yields over and above our previous averages even in what could have been a disastrous year like this one.

Looking to other Mzuri trial farms across Europe, a similar trend has developed in comparison to pre-drilling cultivations. It is very apparent that the strip-tilled crops were way ahead of their conventional neighbours throughout the season and, come harvest, the difference was very noticeable. Retaining moisture at drilling has been one of the biggest factors for us and other strip tillage users in promoting quick and even establishment. This alongside the improved soil structure from retaining surface residue and not tilling the whole area promotes good root growth and helps to achieve strong active crop growth throughout the growing season. Providing the optimum environment for germination and growth helps mitigate against yield loss caused by the extreme weather patterns that are becoming ever difficult to predict.

Coming back to lower inputs, our most exciting field this year has, in my opinion, excelled itself. The precision planted hybrid Wheat drilled with the Mzuri Pro-Til Xzact at 18kg/ha came in with a yield of 6.5t/ha. A brilliant achievement for a crop drilled at a tenth of our typical seed rate. With the high number of tillers and large ears, the hybrid wheat expressed its ability to tolerate a harsh winter and thrive as the season progressed. This is a trial we are planning to expand upon in the coming autumn with several low seed rates, treated to the same program as the rest of the farm.

With the weather conditions changing from persistent rainfall to no rain on the forecast in May, the decision of when to apply the final dose of Nitrogen was made difficult. We eventually applied it on the 22nd of May, with 20mm of rain a few days later. This I feel, had a large impact on our yields, as nutrition was effectively restricted during this period during which, according to the AHDB, 90% of the final crop dry matter is formed. Despite an unusual weather pattern, it reinforced to us the importance of application timings and how this can impact yields further down the line. 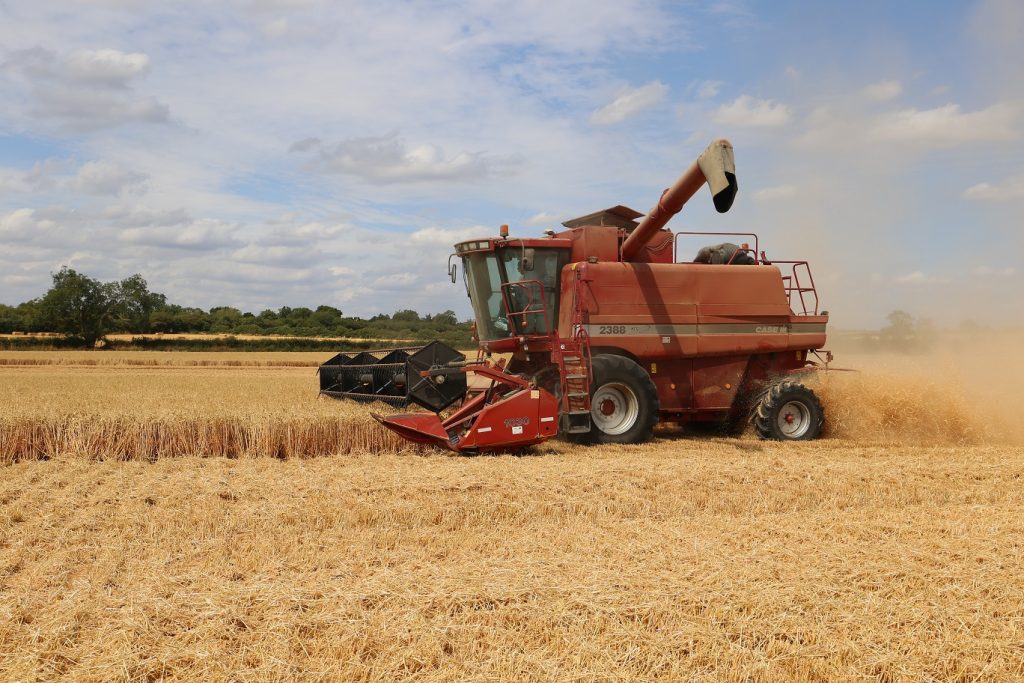 The combine worked well this year with minimal problems! 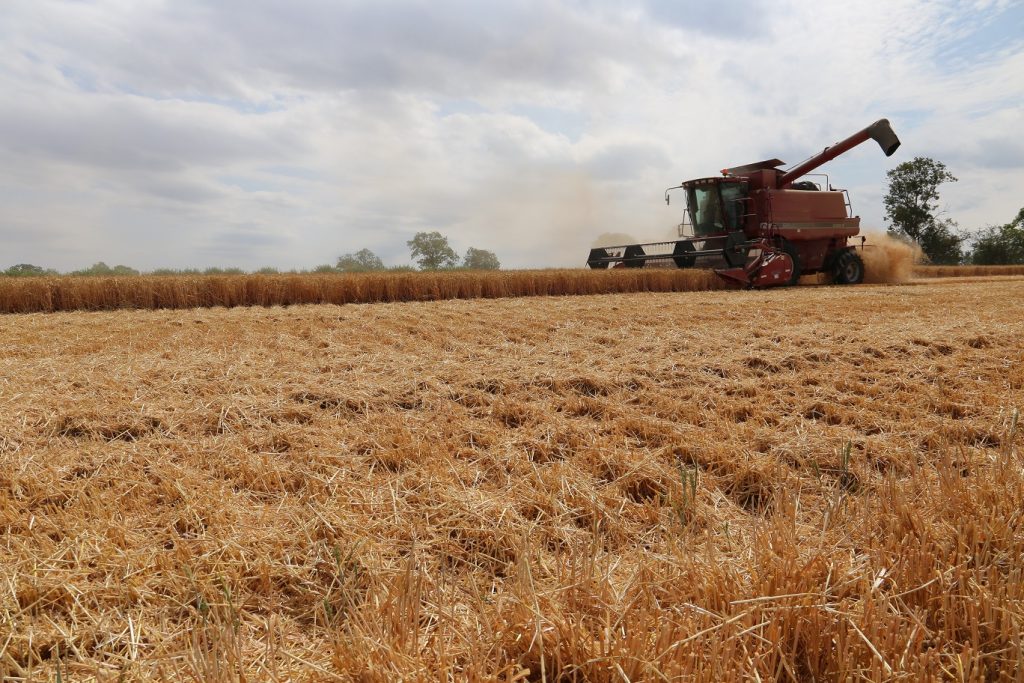