One of the main challenges this year, once the crop reached harvest, was keeping the moisture above the 6% minimum allowed by the merchants. Not something I can say I’ve ever experienced before. This meant plenty of early morning starts and packing up in the heat of the day which felt somewhat counterintuitive but it was great to have the time for BBQ’s with the family!

With the 30ºC + temperatures in June there was some concern that the crop had died rather than ripened. However, our fears were put to bed when our merchant described our sample as the best he’d had in – a bonus I thought, and literally too, I hoped!

Given the extreme season, the rape yield hasn’t suffered too badly, with the average coming in at 4t/ha not too dissimilar to the 4.5 – 5t/ha we would typically expect in a ‘normal’ year. This may have been aided by the farm’s predominantly heavier ground; having said that the Rape drilled in the lighter fields didn’t disappoint either and overall I was pleased with how harvest went, with minimal problems.

One thing that did stand out at harvest was the varying levels of lodging depending on the row spacing of the plants, with the wider rows producing stronger plants with less incidence of lodging. In our trial field, which represents the rotation of the farm we drilled two 1 ha OSR plots at varying row spacings. This was made easy with the innovative Mzuri Pro-Til 3T which adjusted row spacings at the flick of a switch. Here, side by side on a consistent soil type we had 33cm row spacing and 66cm row spacing plots. The wider row promoted healthier plant growth and experienced little to no lodging whereas the narrower, 33cm crop suffered heavily and lodged extensively. Across the rest of the farm we favour the wide row spacing as it enables the plant the room to branch and fulfil its potential.

Earlier in the year we took the drone up over and noticed that the narrower 33cm spaced crop was suffering from significant lodging whilst the 66cm plot was practically unaffected. This trend followed through to harvest and from the combine cab the extent of the lodging was clearly noticeable. Hardly seen at eye level from the outside, the difference became stark as large sections of the narrow row crop had fallen whilst the wide rows remained largely unaffected. This we can only put down to as being due to the weaker stems from the more inhibited spacing. 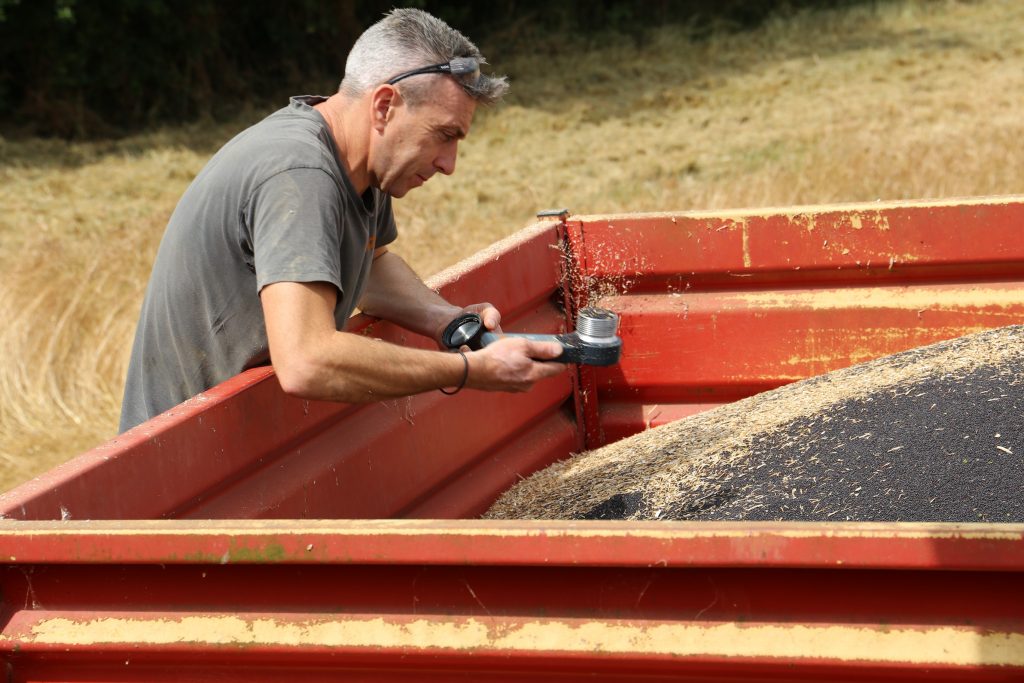 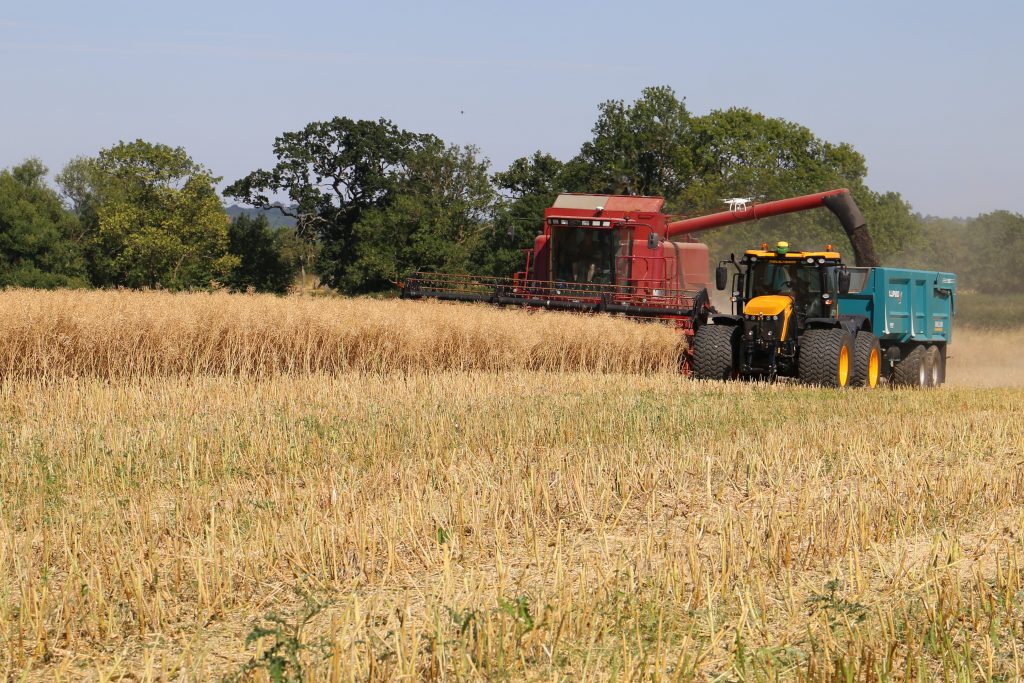 Unloading on the go is not something we'd normally do, but with a need to get the crop in quick the extra wide tyres on the tractor and trailer keep soil damage to a minimum