Benefits of cover cropping are abundant, but on this occasion, I was particularly interested in cover crops as part of our weed control arsenal. My cover crop of choice is a mixture of Radishes made up of 10% Daikon Tillage Radish, 10% Structurator Tillage Radish, 40% Romessa Fodder Radish and 40% Appoll Fodder Radish. Across the farm Radish consistently performs well for us and has now died back ready for a Glyphosate clean up in a couple of weeks in preparation for spring drilling.

Interestingly, the Radish had a striking impact on grass weeds and volunteers over the winter and now going forward into spring. I purposely left two passes of the drill seed free to replicate overwintered stubble with no cover crop, and one pass with a reduced seed rate to replicate poor establishment. Without a cover crop, grass weeds and volunteers thrived and can be seen clearly in the photo as a mass of green. The reduced seed rate, showed minimal impact on weed control, which can be seen between the two seed free strips, with green weeds dispersed through the thinner crop.

The rest of the field which had good cover crop establishment showed effective weed control to within the inch, even where the cover crop has fallen into the seedless area, a difference in weeds is noticeable. Weeds and volunteers had in fact germinated but were stifled and suppressed by the crop cover. I feel this reinforces the importance of establishment and that even establishment of a cover crop is key to its success as a method of weed control. Even now that the Radish has died off and has been fairly bare for over a month, weeds are to a minimum and has left a clean canvas to start thinking about spring drilling. Prior to Glyphosate in a few weeks time, neither part of the field has received any chemical treatment, making the difference in weed population even more impressive.

With establishment being key, I am confident that strip tillage is the perfect system for drilling cover crops and making the most of them. Following the combine and retaining surface residue maintains moisture, promoting quick and even establishment. The tilth generated by the leading leg of our Mzuri Pro-Til 3T provides the optimum soil to seed contact to give the crop the best start and best chance of effective weed control. Strip tillage allows me to establish a crop, quickly, evenly and more efficiently than any conventional method and saves me some money too! 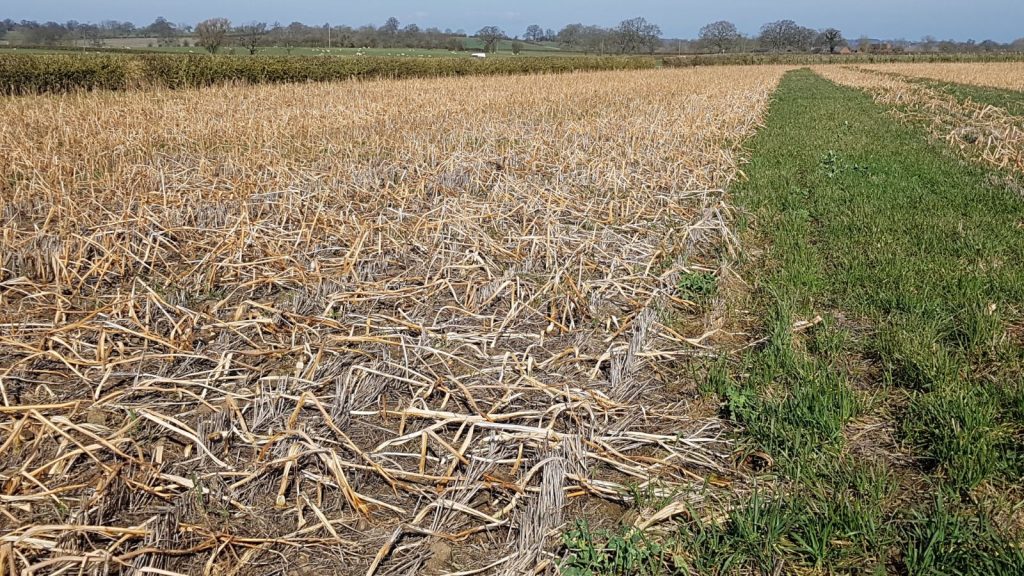