It’s been all systems go this month. With rape harvest completed in July, it was the wheat’s turn, followed by a new cycle starting all over again with rape and cover drilling.

We started combining on 7th August and finished ten days later with yields coming in just above farm average on strip tillage. It’s been a real snatch start due to the weather but, armed with patience and determination, we managed to get through it with very little drying needed. Wheat after oilseed rape fetched 12.5t/ha whereas corn after linseed only did around 9t/ha – admittedly, through to the fault of my own. It transpires, the second application of Nitrogen has totally skipped my mind in the midst of Cereals distractions and holiday preparations in June.

We normally apply 240-250 units of Nitrogen onto our wheat; unfortunately, the wheat after linseed only had 180 units with the remaining 60 being discovered by my agronomist in the shed post factum. Who could have thought that two bagfuls – next to nothing in cost – would drop my yield by a tonne and a half? An expensive lesson to demonstrate the link between Nitrogen application and yields, and one I will remember! 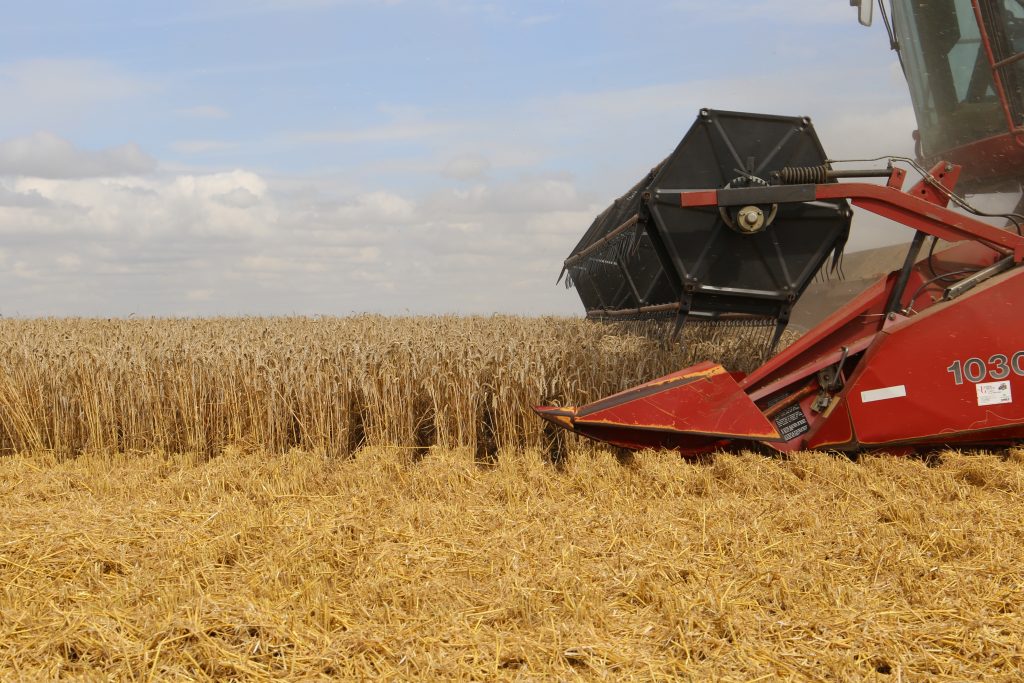 Combining went well and we maintained our farm averages

Straight after combining the early wheats, in went a mix of radish at 8kg/ha plus 120kg/ha of DAP for a quick start. I inter-row drilled most of it on 16th August with the Pro-Til 3T straight between the rows of standing straw and pretty much left to its own devices (no rolling or harrowing), with the exception of one application of slug bait at 3kg/ha 11 days later. 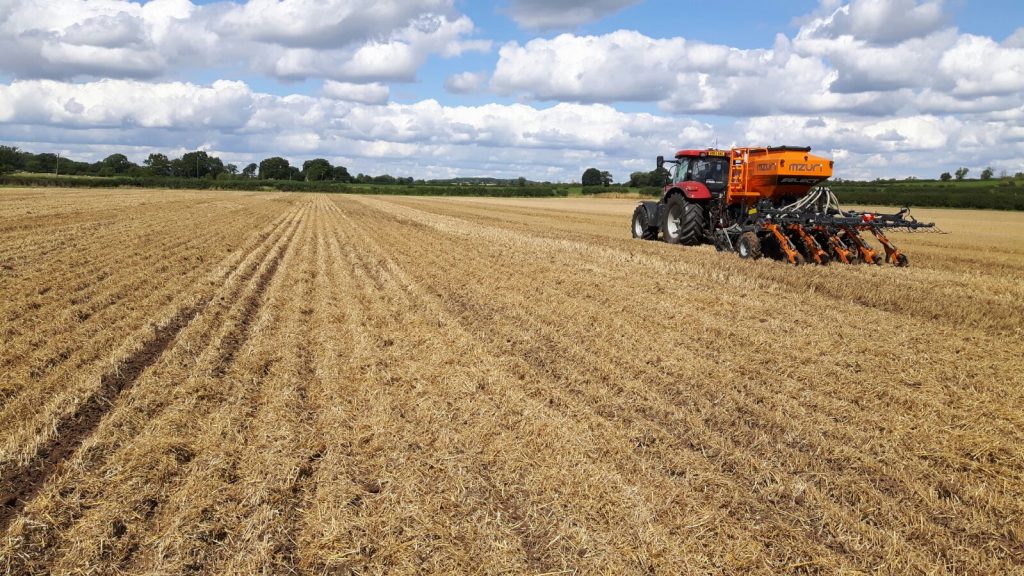 A day after finishing combining the wheat after linseed, I striptill drilled OSR straight into huge amounts of surface residue.

Unconventionally, we raked the fields with the Rezult harrow after drilling. We call this new practice “strawculture”.

The harrowing has draped an even spread of straw across the width of the field to lock the moisture in and maintain a stable, weatherproof germination environment. To my eager anticipation, the rape was up just six days later!

Not only did the uniform layer of mulch encourage an even germination of weeds and volunteers, the even surface will maximise the efficacy of post-emergence herbicides, allowing us to hit as many dormant seeds as possible.

The raking has also given the slug hiding places a good battering and helped to speed up the straw decomposition. A huge success for the moisture-loving rape, strawculture is one to watch – keep tuned if you’d like to find out how post-drilling raking benefited other crops. 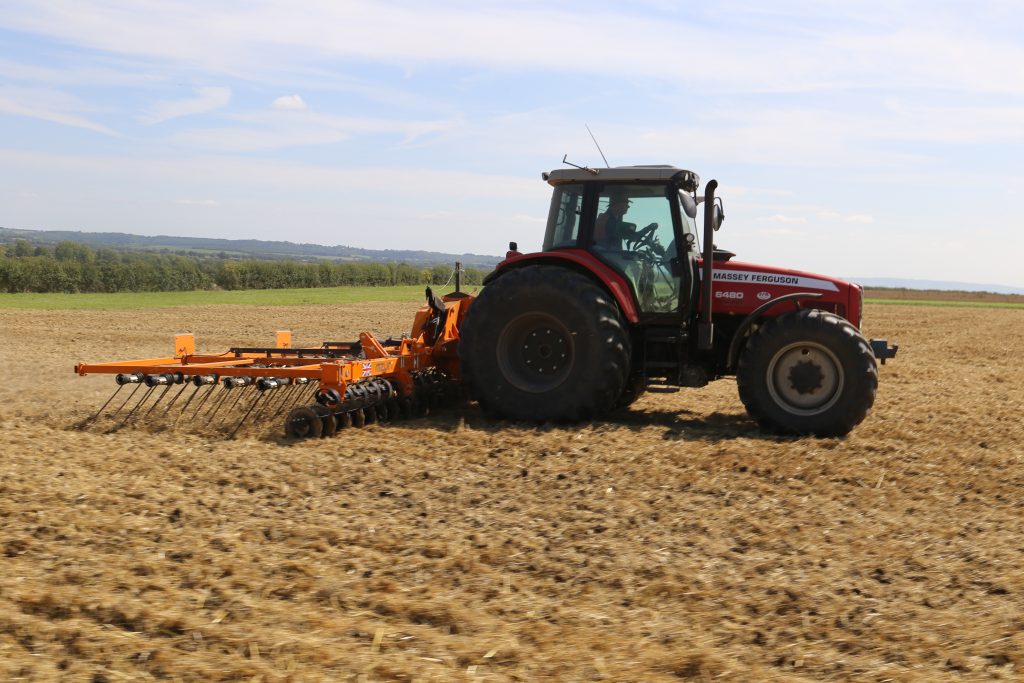 Getting OSR stubbles ready for wheat

In preparation for drilling the wheat, the rape stubbles have been raked over for the second time on the 24th August. The fields will be left to chit for three weeks and glyphosated mid-September so the wheat seed has got a blank canvas to go into.

We like to rake the stubbles and spray them off as soon as the rape volunteers have reached the second cotyledon stage. This way, not only do the slug habitats get a mechanical shake up but their food source is removed, producing the most hostile environment for the unwelcome guests. 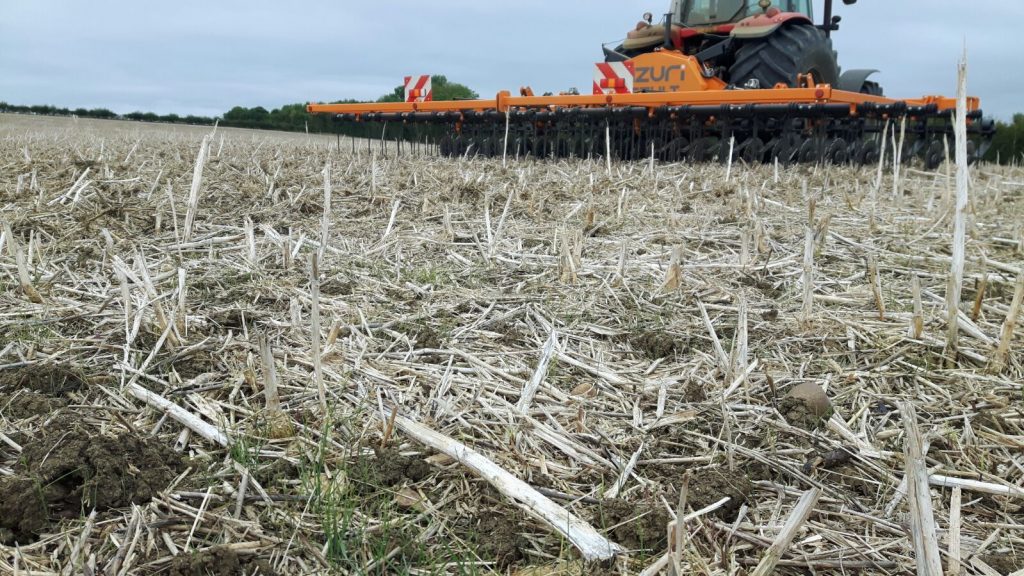 With a limited amount of sunshine this summer, we had to give linseed a helping hand to mature. The crop has been desiccated with Round Up on 17th August at 3l/ha and we’re waiting for it to ripen before the patience game of combining it begins. 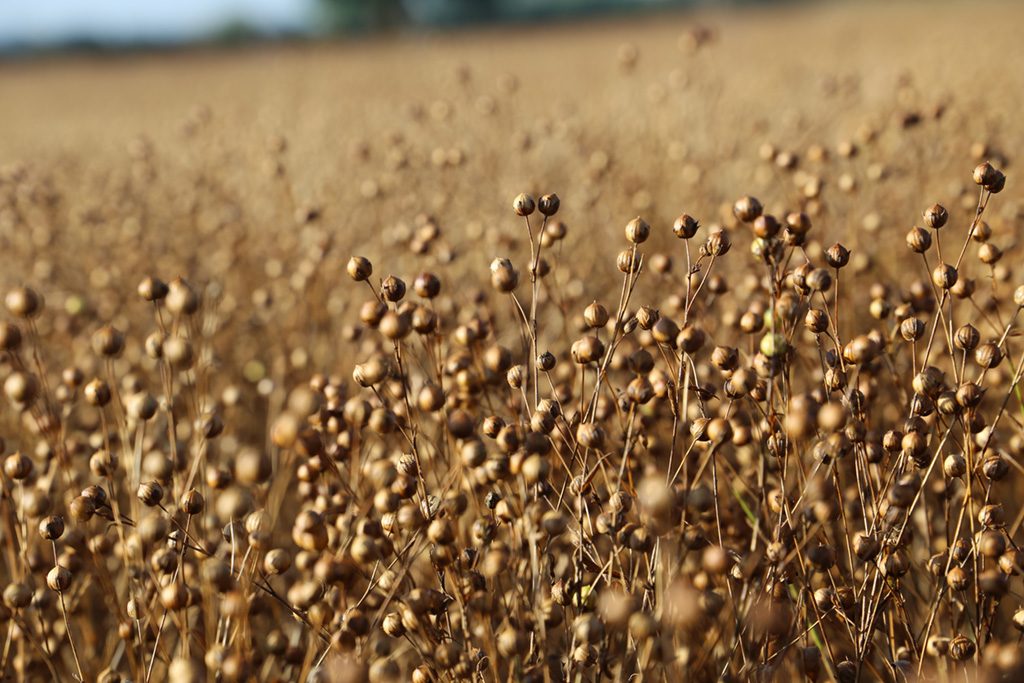