Soya aside, this year’s harvest was over and done with in record time, leaving us with plenty of time to crack on with Autumn drilling – rainfall pending.

In, dare I say it, a normal year we would have fantastic moisture by this point ready to drill into following harvest; however, this year was a very different story. Large open cracks and very dry topsoil to a significant depth meant we were left practicing our rain dance. By now, I would say I’m quite the expert.

More productively perhaps, I took the opportunity to get the Rezult straw rake out and raked the Wheat stubbles in anticipation of rain. A favourite operation of mine, the rake evens out chopped residue ahead of drilling whilst creating a tilth to mix weed seed and soil to promote a good chit. Eventually, through luck or bad dancing, we were granted with rain just in time for our cover crops which we began drilling on the 7th of August. 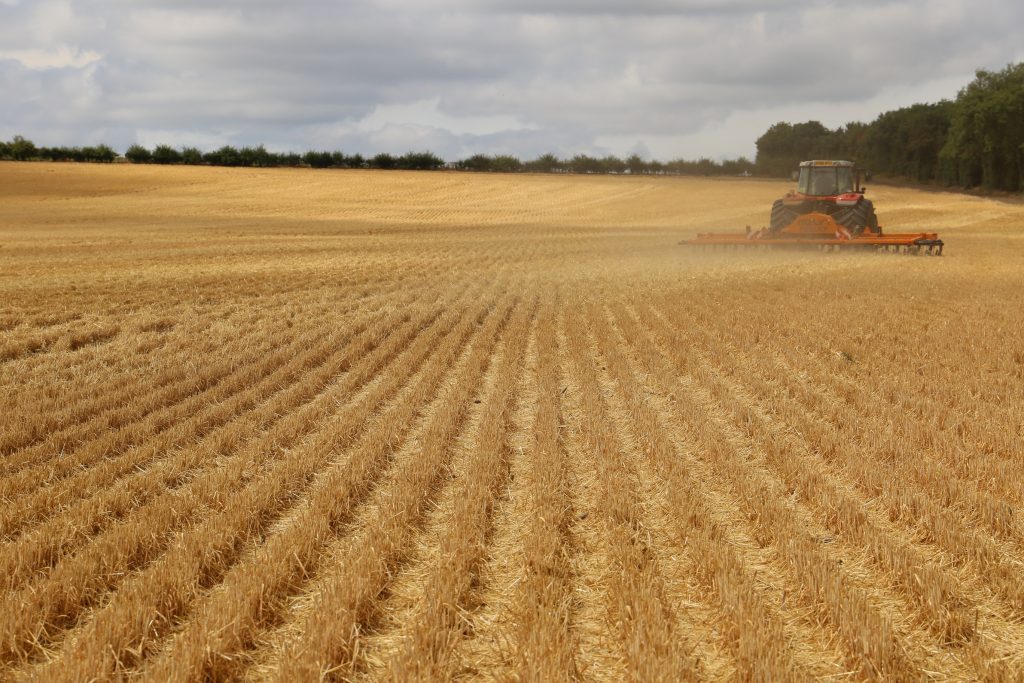 The first to be drilled was a homemade mixture from the remnants of the previous year’s unused seed, which included Rye, Vetches, Radish, Linseed and Clover. With variety being the spice of life, I thought ‘why not’ as I poured the array of seeds into the Pro-Til’s tank. Using the double shoot coulter on 33cm row spacings I drilled the crop mix along with 125kg/ha of DAP down the front leg, just below the seeding zone where it was needed.

Our final cover crop is a new idea we’re trialling for the first time. We drilled Oats into Oilseed rape stubble with the intention of retaining volunteers to create a late autumn grazeable mixture. Again, using the trusty Pro-Til, I drilled the Oats at 40kg/ha with DAP applied at 120kg/ha. 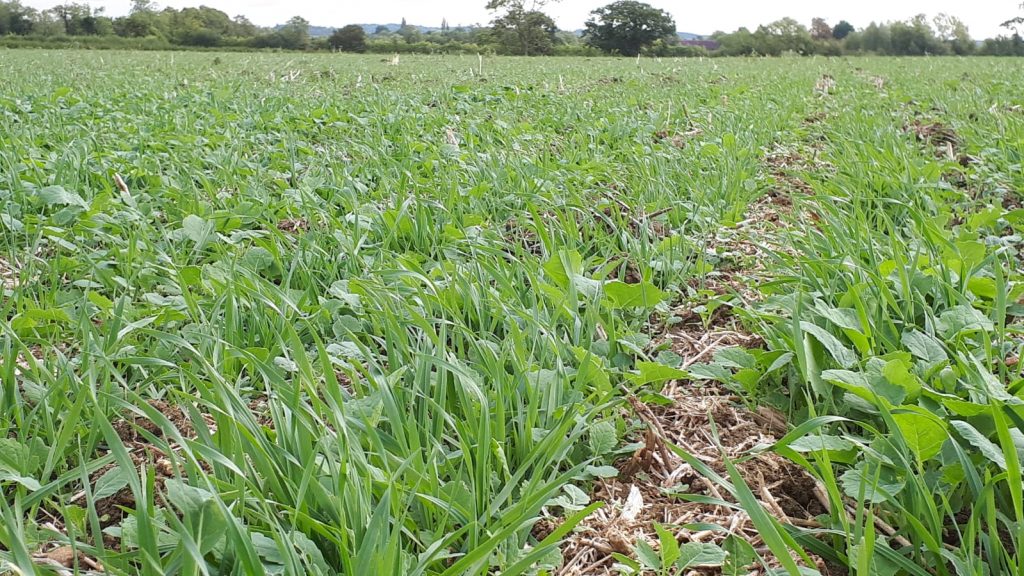 Our experiment grazing mix taken on the xxth August

This year we took delivery of our new all singing, all dancing Mzuri Pro-Til 3T which was kitted out with all of the latest developments including, for the first time on this farm, a slug pelleter and an Avadex applicator. Like all boys and their toys, it was put to work immediately to establish the Oilseed Rape into Wheat stubbles. We’ve come to prefer the 66cm wide row spacing for growing Rape, which on our 3 metre Select drill engages five of the nine coulters. Conditions were ideal after having previously Rezult straw raked and sprayed off any volunteers and weeds which created an excellent stale seedbed.

Following recent rain and having set up baiting points, we were seeing the return of slugs to the surface. The Stocks TurboJet air assisted applicator allows us to distribute slug bait through the coulter to join the seed in the seeding zone exactly where it’s needed. This targeted approach means we are achieving maximum effectiveness from each pellet applied; precise application also means we are reducing the risk of Metaldehyde finding its way into watercourses, a real risk when broadcasting.

After drilling, all the OSR was rolled not something we normally do as we achieve good levels of consolidation behind the press wheel. However, with slugs rearing their unwelcome heads, we felt it best to really impede their movement further. It’s a job I enjoy doing and have time to spare with the Mzuri system. 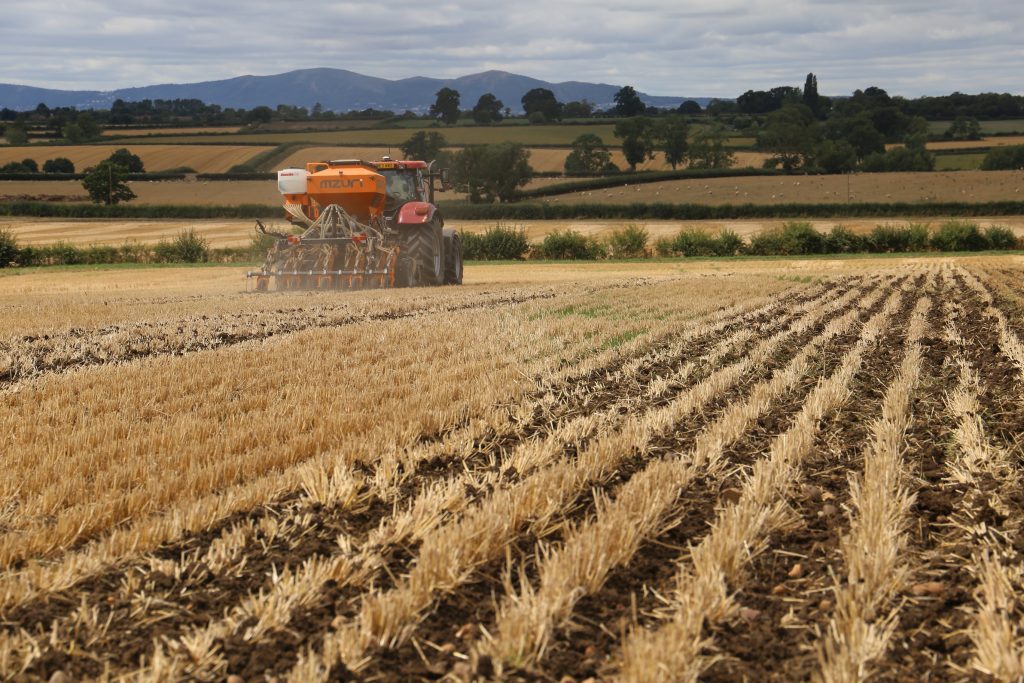 The new Pro-Til - The second stocks tank was fitted later which enables us to apply Avadex as well as slug pellets, fertiliser and seed. The real one pass machine!

During the second week of August following the eventual rain, I noticed a number of broadleaf weeds emerging in the crop, which had up until that point remained relatively clean. This perhaps gives cause to desiccate after all and is something that will be taken into consideration when the time comes. Apart from this the crop looked well throughout August as the pods filled up during the beginning of the month and the crop was starting to senesce by the end.

Taken on the 22nd of August, from above the Soya is starting to senesce