At the end of last week our Oilseed Rape received an application of Banastar, Hallmark and Falcon to protect from flea beetle, and to control volunteers and weeds. A job well done, but one that could have been carried out a little earlier had the weather allowed.

All of the OSR received a nutritional top up of 150kg/ha of N 34.5% on the advice of our agronomist, with a dressing of 180kg/ha of 0.30.20 compound. As a result, the crop is coming along well and shooting up in size daily.

I’ll soon be moving in with an application of Centurion Max to knock out volunteers and grass weeds. Overall the crop is looking well and has avoided the dreaded flea beetle that has decimated crops in some other parts of the country. 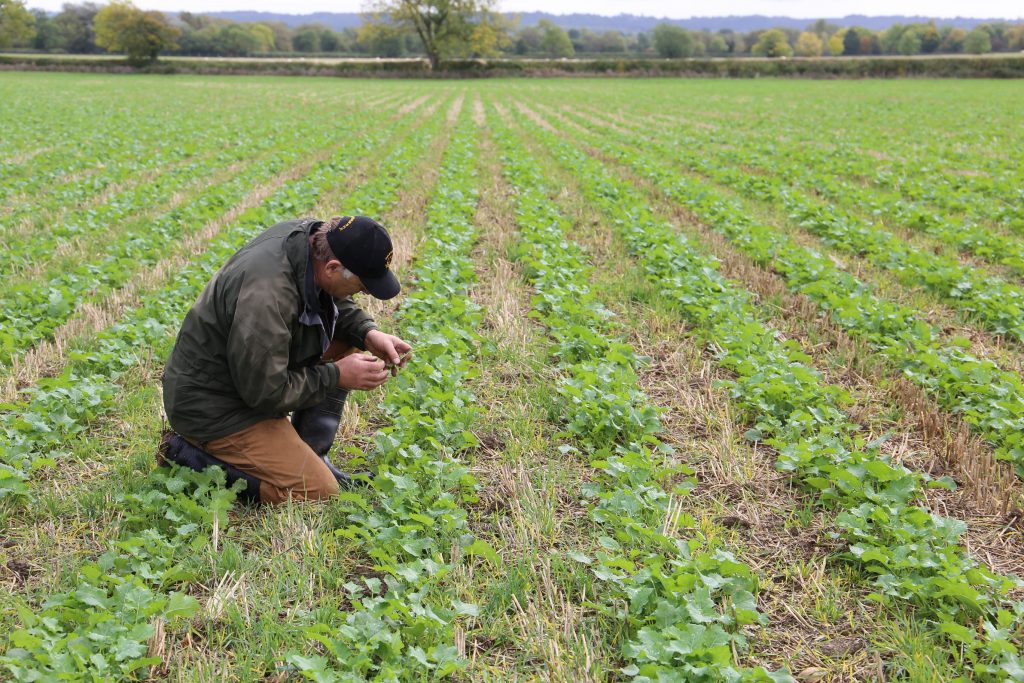 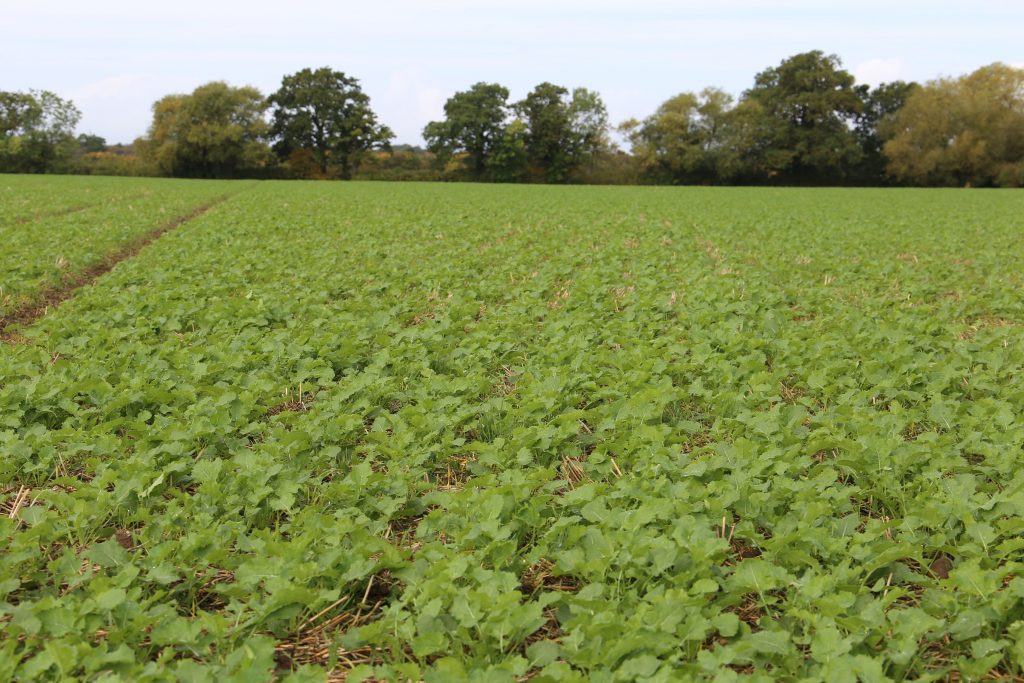 Soon to be Winter Wheat

The combination of raking followed by Glyphosate meant that weeds were encouraged to germinate in mass to then be chemically knocked out.  The second pass of the Rezult rake produced a field with much less secondary germination than the first application, proving its ability to flush weeds the first time around. A second application of Glyphosate followed this week to eliminate any remaining weeds, ready for drilling.

In further anticipation of seeding, I have broadcast 160kg/ha of 0.30.20 compound to the OSR stubbles. Wheat will be drilled using the 333mm row spacing with the double shoot coulters. 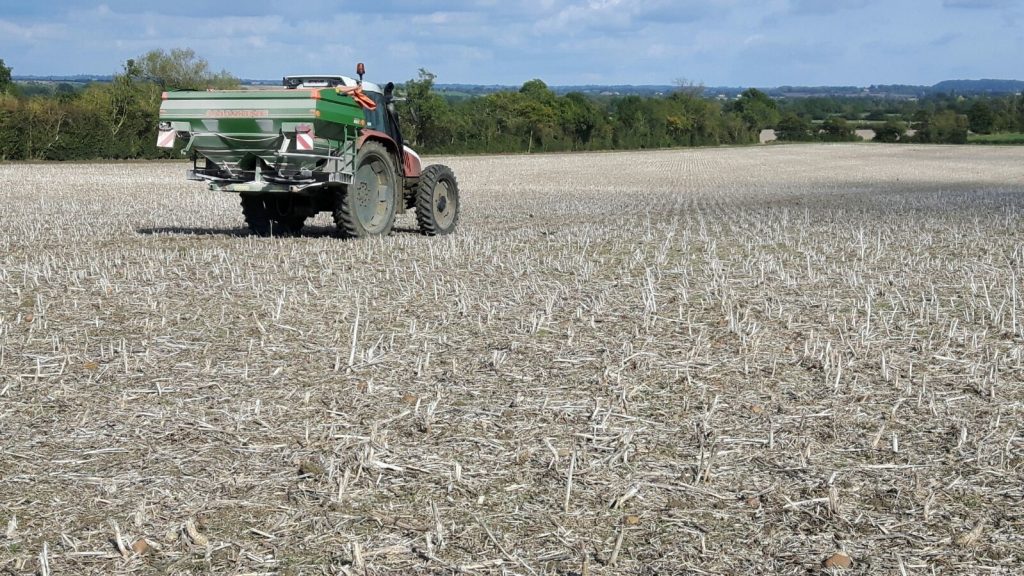 After a late start due to an unanticipated seed delivery delay, we eventually got started on the 27th September drilling directly into Linseed stubble. We drilled the Costello variety at 150kg/ha behind a band of 100kg/ha 0.24.24 placed by the Pro-Til’s front legs, below the seed. I was pleased with Costello last year and have decided to stick with it. 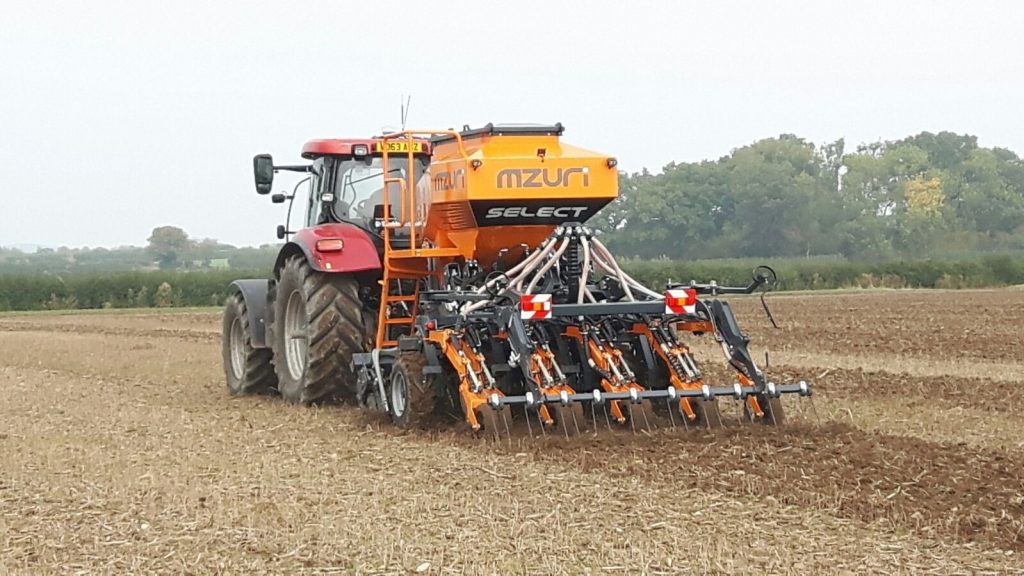 The cover crops are performing well, and are now a mass of green, to what would otherwise have been a very beige landscape.

Apart from an application of 120kg/ha of N 34.5% in August to get them going, the cover crops have received very little treatment. I made the decision not to treat with the same chemistry as used on the OSR as originally intended, because the crop was already beginning to smother volunteers. Hallmark was applied early on to protect against flea beetle attack which has been effective. Keeping cover crops simple but effective is something I strive for and part of the reason we are embarking on cover crop trials comparing four different varieties.  Look out for next week’s story on this. 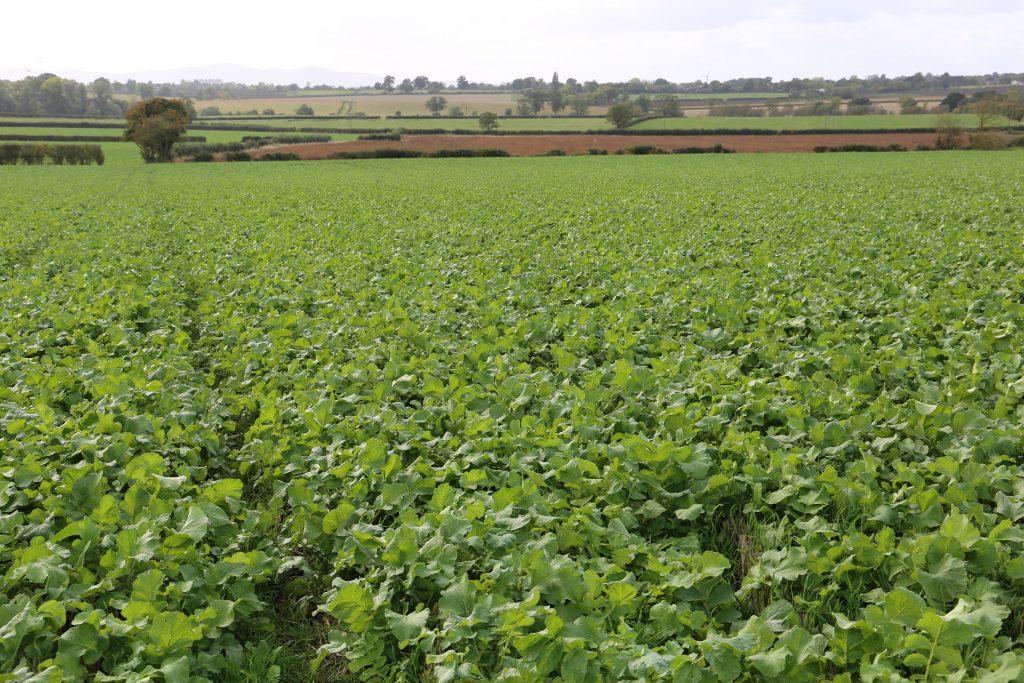 The leaves started to fall early September and we applied Glyphosate at the rate of 3l/ha to clean up weeds, particularly grass weeds which have been a problem from an old muck heap previously tipped on the field – a lesson well learnt. The Glyphosate has been effective and now we are playing the waiting game. On closer inspection, the now warm coloured crop boasts a large number of pods with 3 beans each on average.

The beans are still a little soft but going in the right direction. Next year we want to get a better understanding of available chemistry for this crop so that we’re better prepared and can tackle weeds earlier in the season. For now though, we’re eagerly waiting for a few days of sunshine to give it the final push and then, we might, think about combining it! So watch this space.

This autumn, the weather really hasn’t been on our side. With patience, we’ve managed to keep on top of the spraying schedule making the most of breaks in the wet and wind. Above anything, this year we’re very happy that our system forgoes cultivation as this would have exacerbated what has already been a testing drilling season.

The damage that would have been caused by cultivating would have been devastating for our soils. The combination of improved soil structure through strip tillage and drilling into the previous crop residue makes for the perfect start for the next crop. 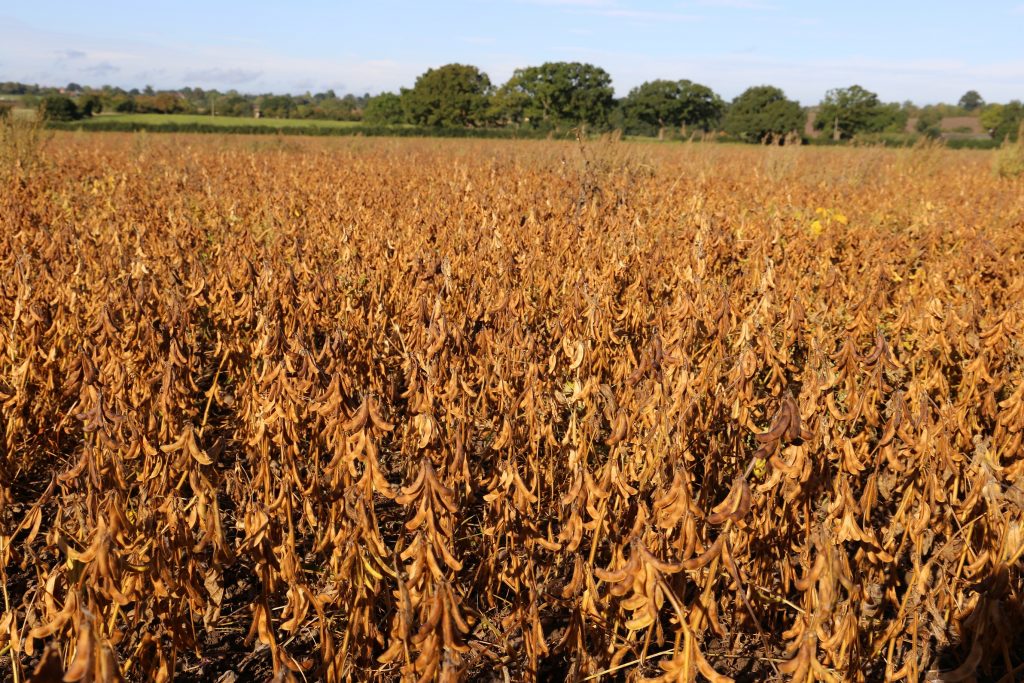