Over the years we’ve run numerous trials based around wider row spacing and this year we’re embarking on something slightly different – inter-row drilled companion crops.

Last year we seeded Soya in 66cm row spacing with the aim to plant companion varieties in-between the rows. Time pressures and an incredibly dry season meant we didn’t get around to drilling the companion crops, but the Soya went on to be the highest yielding on the farm.

The extra space meant the Soya had a wider untilled area from which to draw vital moisture and nutrients, as well greater light interception, to give the crop the best start.  As a result, in a difficult year, the crop was 50% taller than its 33cm drilled counterparts and yielded better too.

Picking up the experiment again, last Autumn we drilled wheat at 66cm row spacing with the intention of inter-row drilling the companion crops this Spring. As planned, on March 29th we went in with the Pro-Til 3T in Select mode with alternate legs lifted out of work, to give us the wider row spacing, minus every other reconsolidation wheel.

Our species of choice were Red Clover, Lucerne and Birds-foot Trefoil. We’re aiming to leave these companions in for as long as possible and drill our arable rotation in-between the rows. Taking a leaf out of the organic farming book with the use of fertility building legumes, we look forward to observing the interaction between these species and our arable crops. We will also be looking closely at how we might manipulate the release of nitrogen, through growth suppression, during the season.

This will very much be a case of learning as we go along, and it will be exciting to document. We’ll be keeping you updated on how the inter-row trials develop. 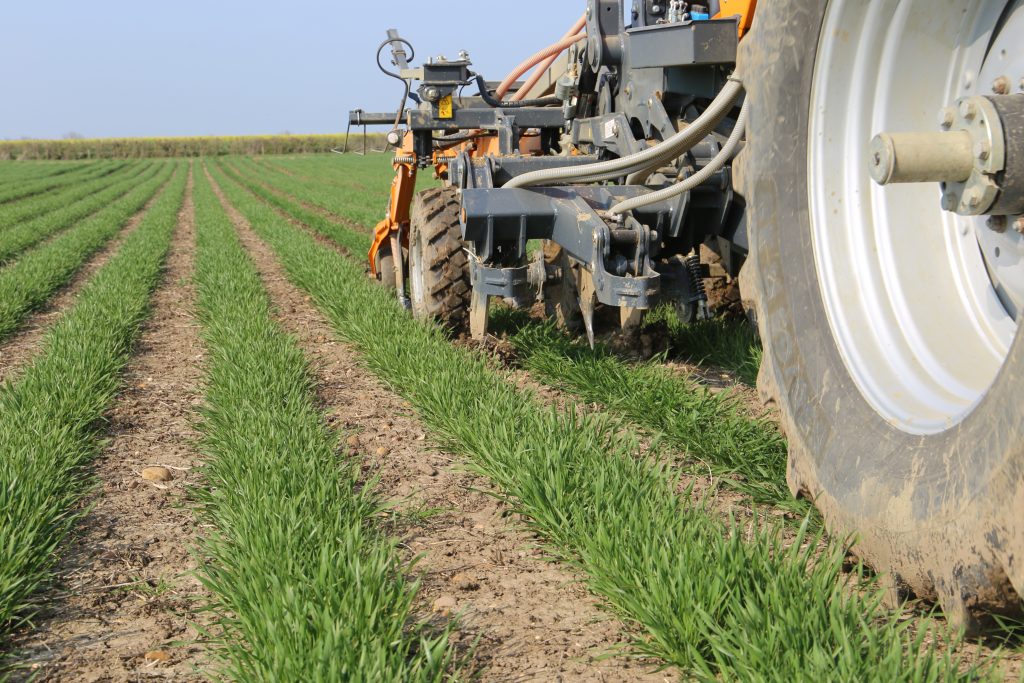 With alternate legs lifted up and corresponding reconsolidation wheels removed, drilling into the growing crop was straightforward and accurate 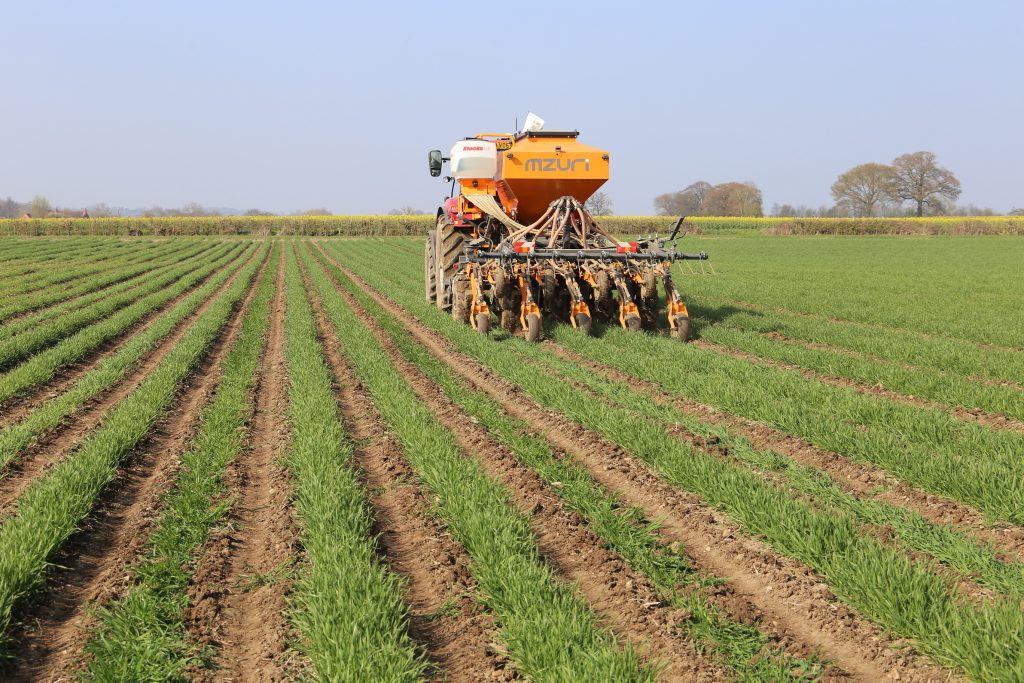 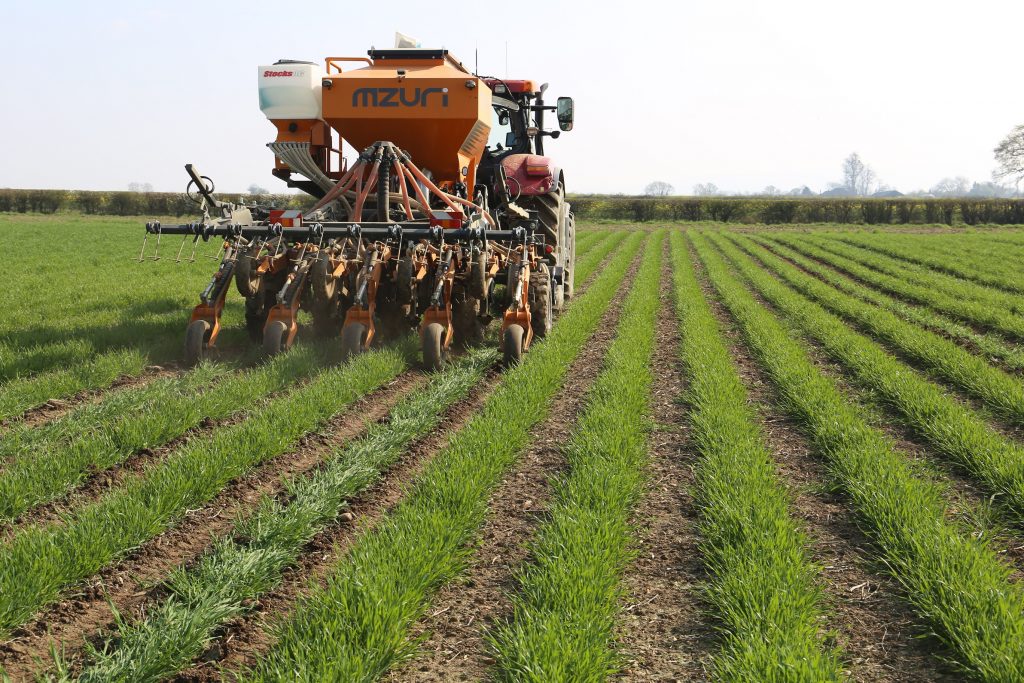 The weight of the tractor was carried well by the untilled strips either side of the growing crop, meaning damage was kept to a minimum