We started our rape harvest early this year, rolling out the combine on the 14th of July. A week later and we’re pleased to have it finished, and even more pleased with our record harvest – find out how we achieved it.

In Autumn 2016, we decided to trial three different methods of establishing rape to determine which one would produce the best results.

The first field was drilled using the Mzuri Pro-Til 3T in standard striptill mode, straight into wheat stubble. The drill did what it does best and produced a fine tilth from the breaker leg whilst preserving moisture from the surface residue. Fertiliser and seed were placed in bands at the optimum seeding depth to encourage even establishment. This field size trial yielded 5.2t/ha, proving that seedbed preparation and good soil health are key to producing high yielding OSR crops.

The second field was also drilled using the Mzuri Pro-Til 3T but this time, without the front breaker legs. We were aiming to replicate zero tillage to compare the results with those of the striptilled OSR. Without the front legs the drill produced far less tilth, and it also meant that the fertiliser was applied on the surface rather than underground, as it would be the case in full striptill mode.

This field is possibly one of our best for organic matter content; however the ‘direct drilled’ crop struggled to gain momentum. To keep matters fair, we treated the field the same as the others to get a truly accurate comparison. The lack of soil disturbance at drilling left the crop open to slug and pigeon attack, hampering the crops progress. To top it all off, it wasn’t long before weeds became a problem.

Despite this, the crop still managed to pull through and yielded 3.4t/ha. It isn’t bad, considering it still surpassed our yields when we were still ploughing. There is a place for zero tillage but not on our heavy soils. The lack of tilth stunted growth and is a gamble I wouldn’t recommend. The absence of a front breaker leg cost us over 1t/ha in yield when comparing against the previous trial in full striptill mode in the same conditions.

Within this field size trial we ran two different experiments – the new coulters in different row spacings and the viability of two-year break cropping, profitably.

Following beans, rape can benefit from the best available chemistry to control blackgrass. More excitingly perhaps is the possibility of achieving a higher return than the wheat crop.

The dense residue of the bean haulm was no worry for my Pro-Til 3T and drilling was a pleasure. The nursery seedbed, band placed fertiliser and nitrogen fixed from the beans had an amazing effect on the OSR. Seedlings had a strong start and went on to produce a healthy crop with stalks that would rival those of sprouts!

During the winter the narrow spaced plants looked to be the most promising but were overtaken in the Spring by the double 660mm spaced plants. I put this down to better light interception with the wider spacing, giving optimum growth conditions. After all, we are essentially harvesting sunlight.

This continued at harvest with the double spaced plants featuring stronger, thicker straw which supported the high yield. It was noticeable that the narrow planted crop had much thinner stalks and struggled to hold up the yield, buckling in places.

Averaging across the entire OSR after bean field, we surpassed our farm record. Yielding a mighty 5.7t/ha by trailer weight, we are all impressed with this yield but not surprised.

The Formula To Profitable Farming

Trying everything over the years, including conventional ploughing, no tillage and strip tillage, I believe I have finally perfected the recipe for growing record breaking yields. Find my magic ingredients here… 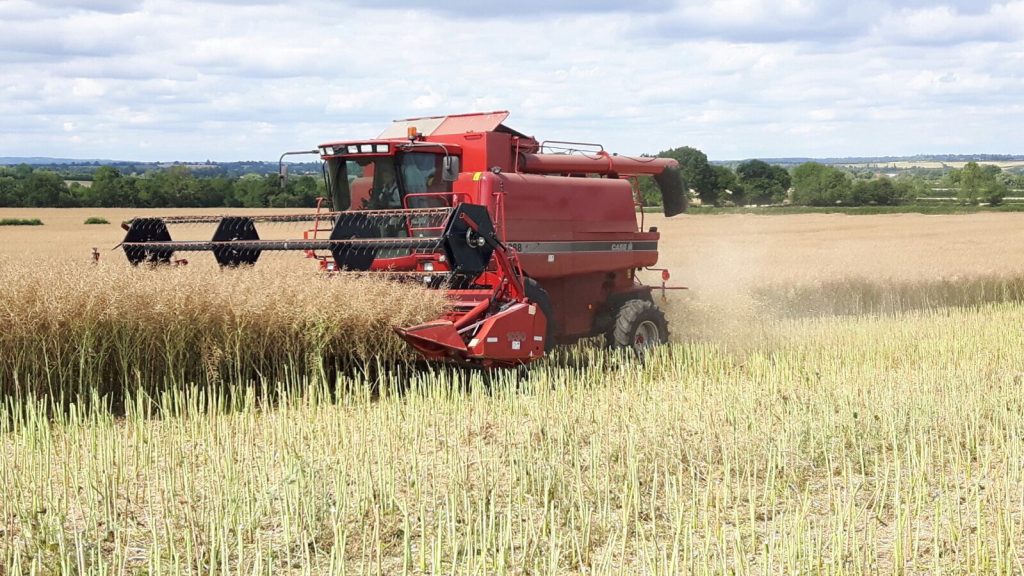 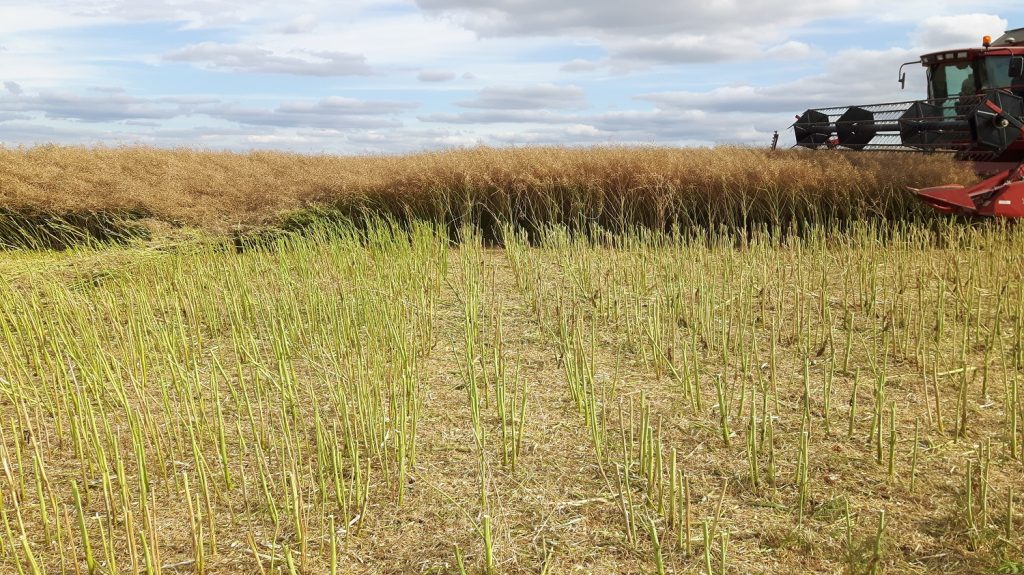 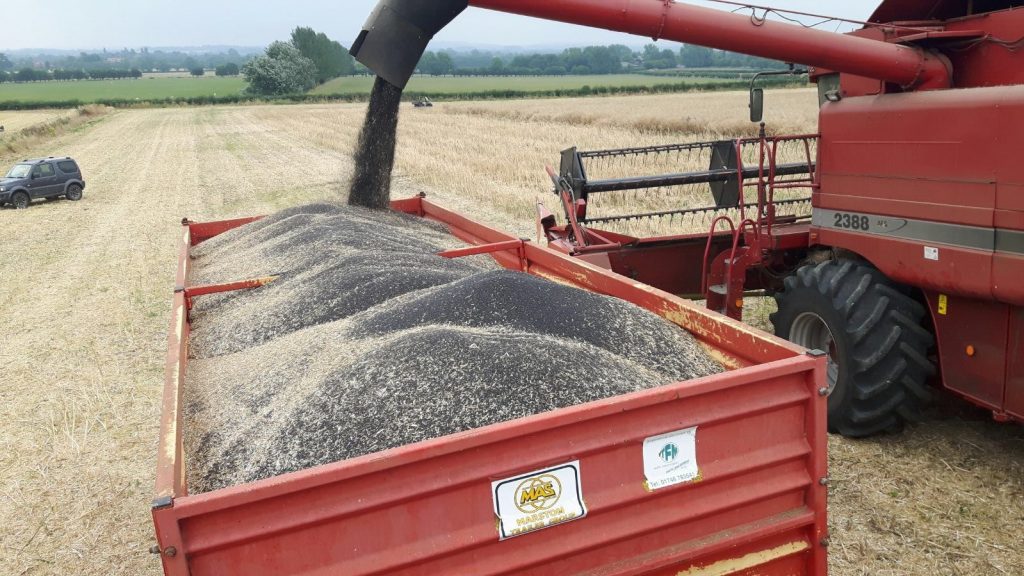 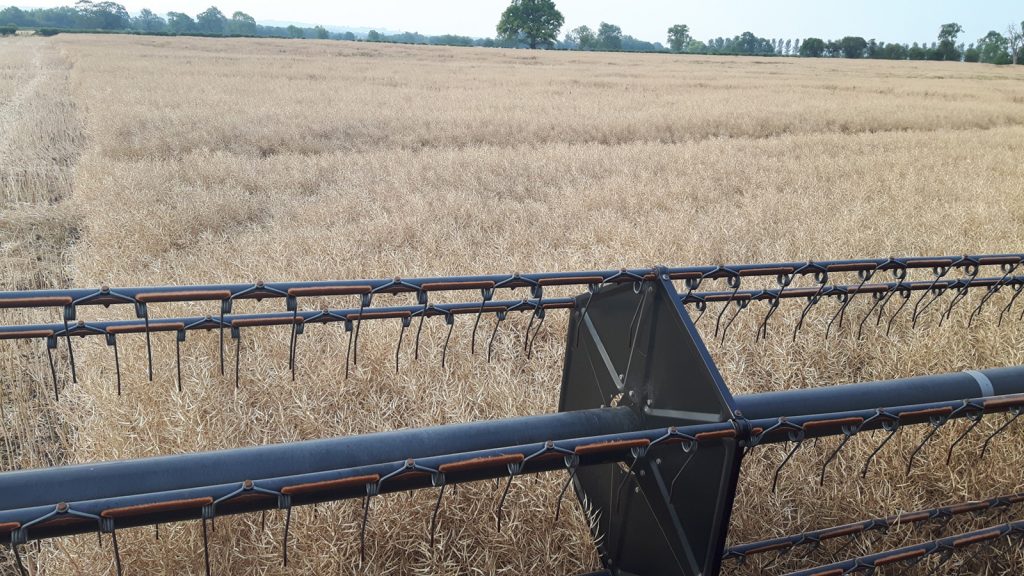 The best part of the direct drilled OSR field 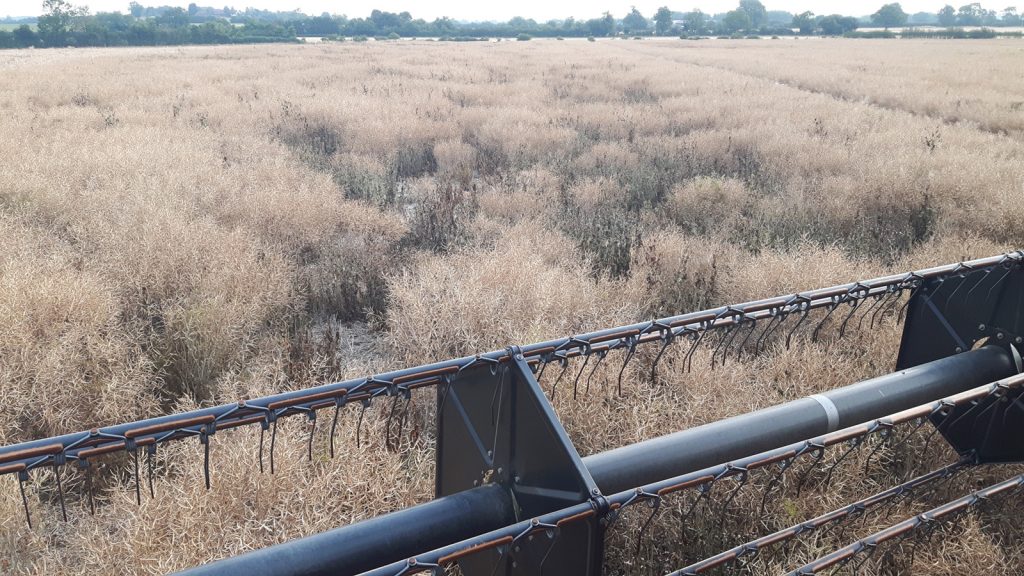 The worst part of the direct drilled OSR field 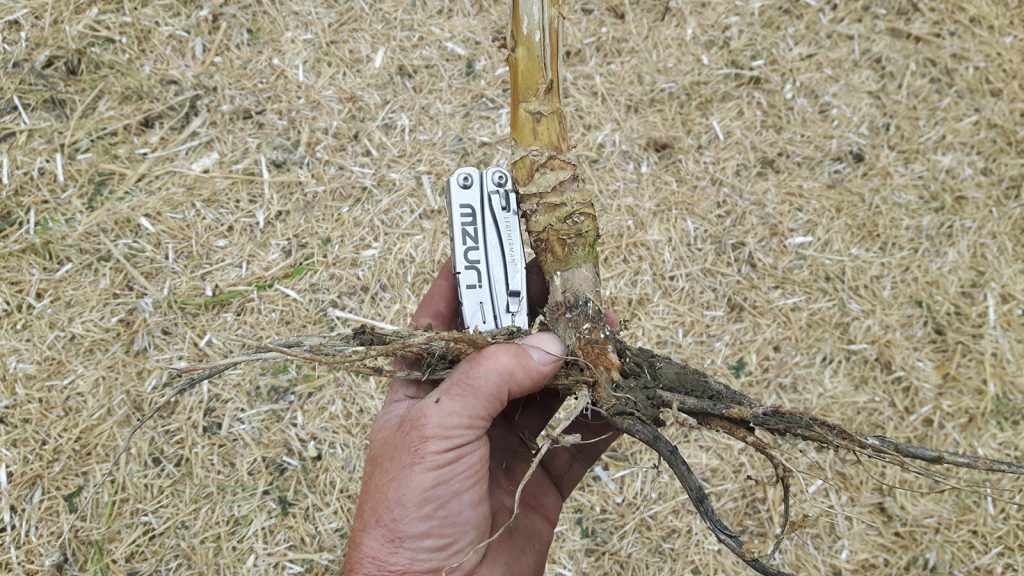