I was going to call this my ‘End of Year Round Up’ but thought the title was a little too controversial what with the recent events surrounding the nations favourite weed killer. Jokes aside, this is just one of the many things set to challenge Agriculture over the coming years, spurring me on to keep up to date with the changing face of the industry.

2017 has of course been no different, in presenting its own unique mix of weather pressures for us growers to contend with. March to June were exceptionally dry, followed by a wet harvest, something which could have completely scuppered our crop had it not been for the retained surface residue and untilled soil strips.

This year has really proved to me that strip tillage is well placed to face the changing dynamics of the typical harvest year, we are now experiencing. Whilst others worried for the lack of rainfall we found the combination of not turning the soil and retaining the previous crop residue we maintained a sufficient level of moisture to carry the crop through the dry period, keeping it growing well. If I had ploughed, I would have already lost valuable moisture to the atmosphere, not to mention destroying the natural protective thatch of the surface straw.

When the rain came, and it poured, we were quickly able to gain access to the fields during the brief dry spells to harvest our crops, thanks to the natural structure of the soil supporting the weight of the combine. The untilled strips prove invaluable when faced with periods of heavy rainfall, providing us with effective drainage, leaving no wet spots and accommodating natural weight bearing capacity. Overall the combine travelled well with minimal damage, and I am pleased with how, in a difficult year, strip tillage has safeguarded our harvest and importantly profit.

This year we took the plunge and ventured into an entirely new crop for us, Soya. Still in its infancy in the UK, and one for trying something new, I thought it would be an interesting addition to our spring drilling weed control portfolio. An easy crop to establish, and somewhat forgiving to our naive approach to chemistry the crop yielded a respectable 2.5t/ha, not bad for our first go I thought. I am optimistic that this could have been higher, if the pods weren’t so close to the ground which resulted in approximately 25% of them being lost to the combine knife. With the harvest causing us minimal upset I was happy with how our first Soya campaign went, that is until we came to sell it. Unbeknown to us, there is only a single crush per month for GM free British Soya which causes quite a bottleneck. Short on space we were keen to get it sold ASAP but were told that a quicker pick up would result in a lower than expected price. We eventually managed to get it gone, without too much of a price penalty but is something that I will be considering, when planning next years spring cropping. I do however feel that this is something we ought to stick with, and with increased popularity will come increased routes to market. Time will tell.

Another first for us this year was rolling the Mzuri Rezult rake out after putting the drill to bed. With the extended dry spell we experienced earlier in the year I was convinced that it was going to dry up again after I had drilled my Oilseed Rape. With this notion in mind, I decided to use the rake to level the surface residue, providing an even coverage of mulch. Something I like to call Straw Culture. Of course, my weather predictions were unfounded, and it rained nonstop, but I like to think that this coverage of straw mulch would protect the germinating crop from drought. The level surface also kept my Agronomist happy, with a more uniform surface accepting of spray applications. Now up, the Rape looks no different for being raked and the shallow action of the Rezult rake has meant that the crop established in its rows as drilled. This has given me confidence that raking after drilling, when conditions mean getting it in the ground is paramount has no negative effect on the emerging crop, and if anything offers additional protection from volatile weather.  A Rezult in my book!

With the launch of the new Mzuri Xzact precision seeder kit I was invited to setup an experiment of my own to test its capabilities in the field. Wheat being my target of choice, I drilled 18kg/ha late in the season. I was impressed with the new modifications handling ability of the seed and even more impressed when the crop germinated. Like clockwork the seeds are accurately placed, and all present and correct. Wheat isn’t necessarily the crop the development is aimed at but in my eyes if it can handle this, then it can handle anything. Drill testing aside, I am quietly interested in how the crop will turn out, and am hoping to see some terrific tillering from each plant, substantiating my principles of increased light interception for healthy and high yields.

Drawing a close to this year, it has been for us a time for trying new things and challenging typical practices. I believe now more than ever farmers are going to have to think outside of the box to come up with unique and sustainable methods to bolster their future business in anticipation of the changes to subsidy payments and increasing environmental pressures. I’m excited for what the future holds over the coming year, but it is unlikely to be without it’s difficulties.

Wishing you all a Merry Christmas

and a prosperous New Year. 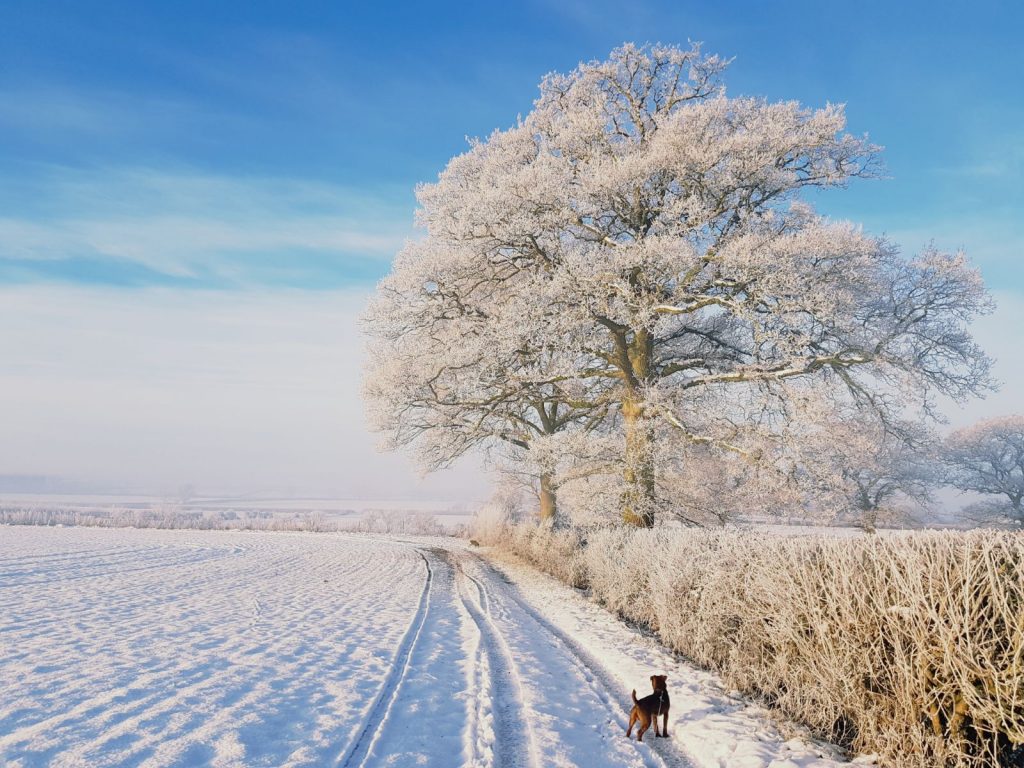 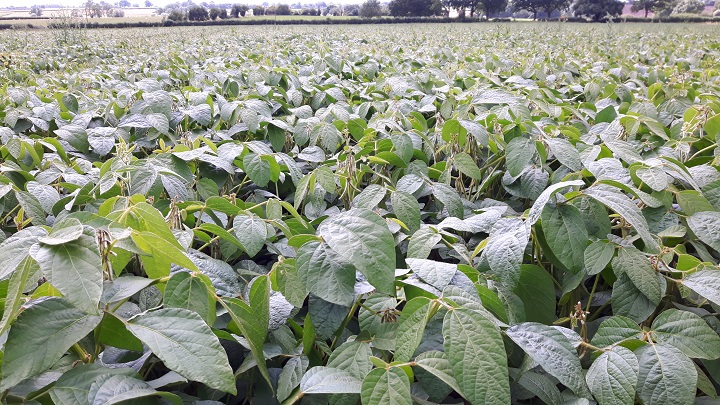 Soya has been a new crop to the farm, but has performed well overall 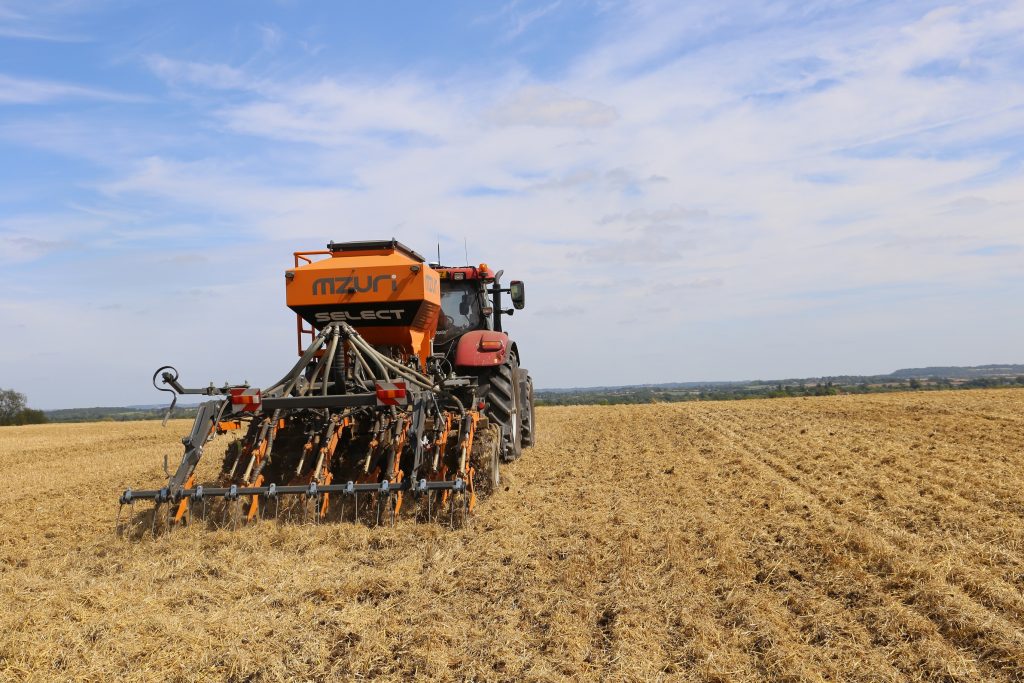 Dealing with lots of straw has been second nature to the Mzuri drill, something we couldn't do without 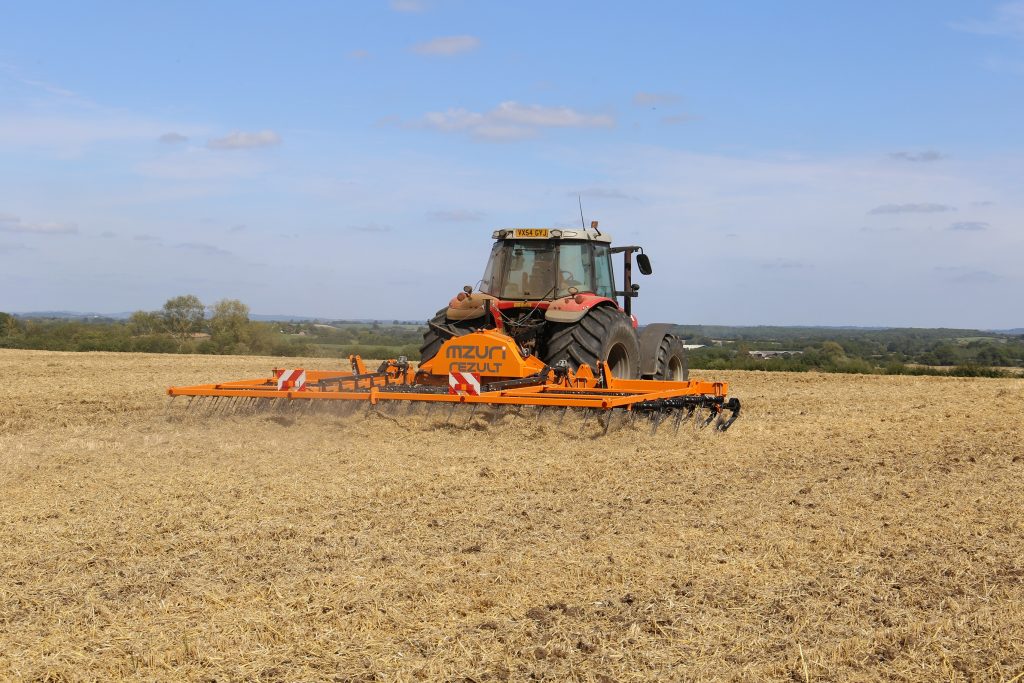 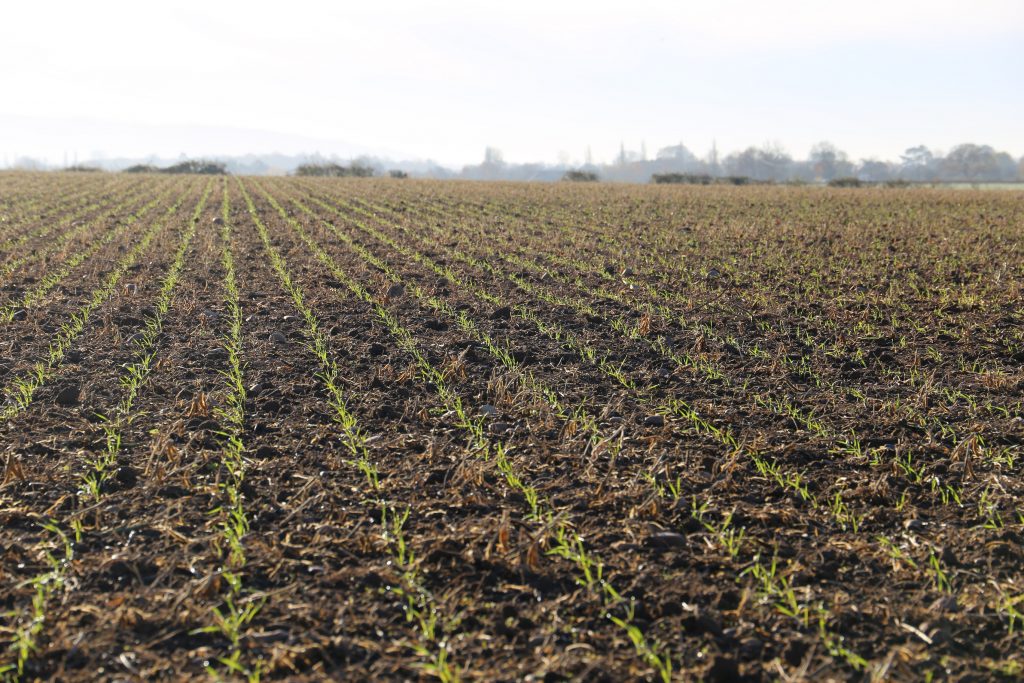 Precision drilled Wheat at 18kg/ha is up and away, 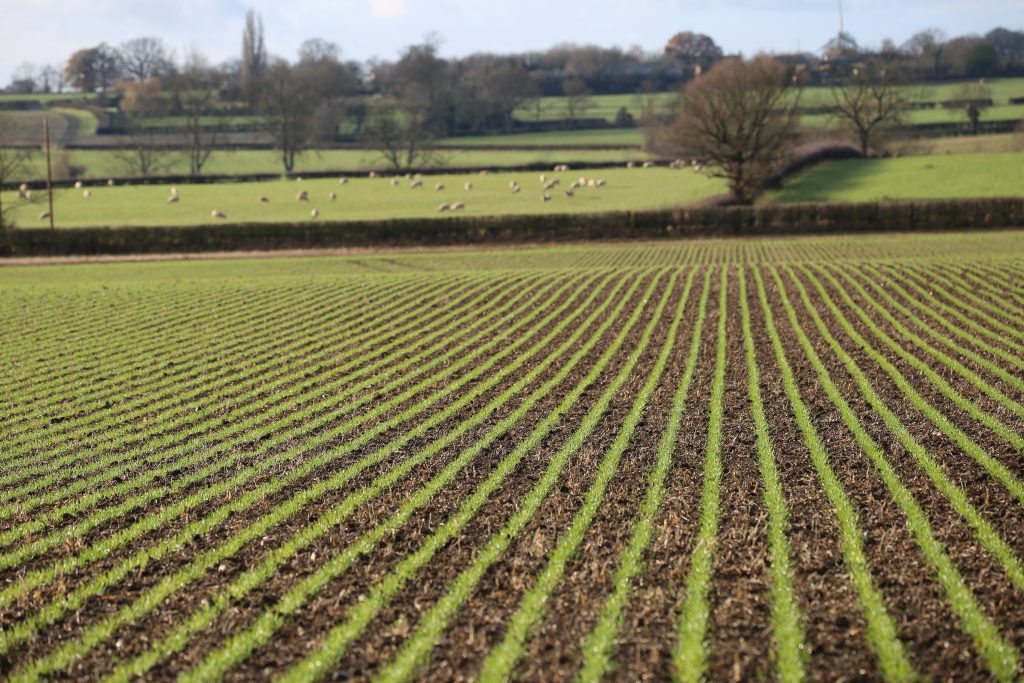 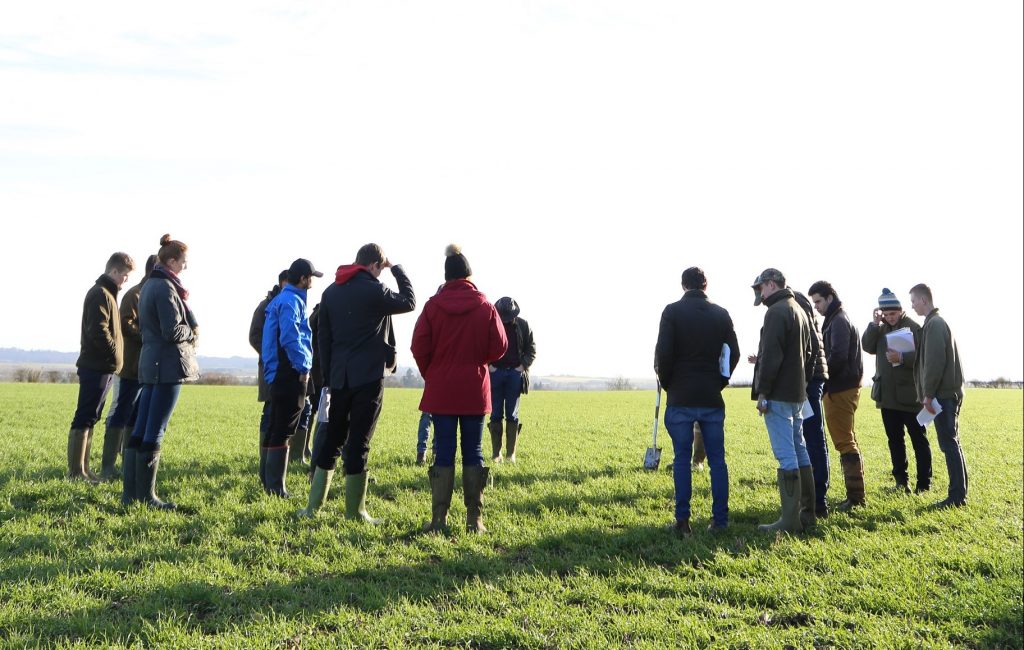 We have welcomed several universities and farmer groups this year, taking an interest in strip tillage and conservation farming techniques